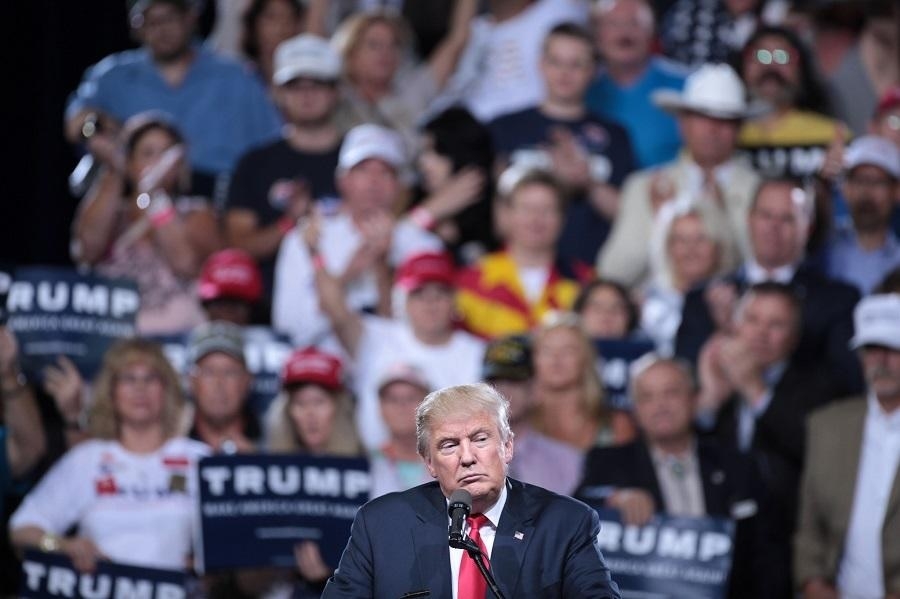 Over a week ago, the media went on a brief frenzy when United States President Donald Trump went for a reportedly unscheduled hospital visit. Addressing the reports, he mentioned that the headlines of him possibly suffering from a heart attack got First Lady Melania Trump worried as well.

Trump’s arrival at the Walter Reed National Military Medical Center on Saturday, Nov. 16, did not go unnoticed. As far as media outlets know, the President was not scheduled for a physical exam at the time, and that led to several concerns and speculations for the reason that sent him to the hospital.

The President addressed the reports during a cabinet meeting on Nov. 19 and criticized the media for purportedly making the first lady worried. “My wife said, 'Darling, are you OK? What's wrong? Oh, they're reporting you may have had a heart attack,’” Trump said, sharing how his wife met him after coming home from the hospital.

He then criticized and called the media “sick” for publishing reports that were speculating on his health condition. “We have a very corrupt media, and I hope they can get their act straight,” Trump added.

“I went for a physical, and I came back. My wife said, ‘Darling, are you OK? What’s wrong? Oh. They’re reporting you may have had a heart attack,'” @realdonaldtrump called the media “sick” for the speculation over his health.https://t.co/1znoAVxQhL pic.twitter.com/NjHge755Y1

A memo by the physician to the president, Dr. Sean P. Conley, indicates that Trump’s visit to the Walter Reed National Military Medical Center was due to a “routine, planned interim checkup” that is part of Trump’s annual full physical exam. Conley also reported that Trump did not experience any chest pain and did not require cardiac and neurologic checkup at the time of his visit.

Trump’s story about his wife getting extremely worried about his health is completely different from his rumored statement during a fundraiser. Sources of Politico reported Trump told guests that he does not think Melania would cry for him if he ever gets injured in a shooting incident.

Trump was reportedly comparing his would-be situation with how the wife of Republican Louisiana representative Steve Scalise’s wife “cried her eyes out” when he was shot in 2017. That year, a gunman opened fire at the Eugene Simpson Baseball Fields in Alexandria, Virginia, where Scalise was practicing for an upcoming Congressional Baseball Game.