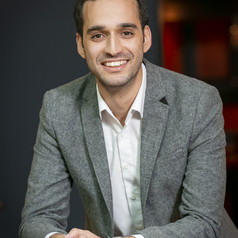 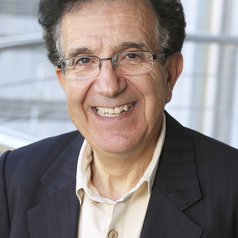 The COVID-19 pandemic and concerns about the dangers of the virus have diverted attention from the primary response to the crisis — the decision to lock down entire populations.

Yet there are important questions to ask. Why did the world go into major lockdown for this infection and not for other coronaviruses, including SARS-CoV-1, which most experts considered more life-threatening, although the number of cases worldwide was much lower.

Why has there been so little debate globally about what to do in the event of a major emergency like another pandemic? Why did countries follow each other’s actions on containing COVID-19 without considering local idiosyncrasies and cultural characteristics?

The answers to these questions could explain the divide in most western industrialized countries between those who defend the freedom to protect themselves as they see fit in the face of a highly infectious disease and those who prioritize the general population’s health and the protection of vulnerable people.

In a recently published article entitled “Exploring the Process of Policy Overreaction: The COVID-19 Lockdown Decisions,” we examine policy over-reaction.

We do not pass judgment in our research on the overall management of the COVID-19 pandemic by governments. We focus only on the initial response to the pandemic — in particular, widespread lockdowns. We analyze the responses to the COVID-19 pandemic in several countries that took different approaches to managing the crisis.

We are strategic management professors and conducted this analysis as experts in theories of organizations and how they function, with a focus on strategic and decision-making processes.

Early policy decisions to massively confine entire populations were made because COVID-19 was perceived as very dangerous. At first, these lockdowns elicited little public outcry almost anywhere globally, even though they profoundly affected the daily lives and well-being of the populations affected.

When the first decision in response to a major threat is large and extreme, it becomes increasingly challenging for authorities to reconsider or correct. Yet these decisions, often made in a hurry, can lead to human and economic upheaval. Their effects are usually felt over the long term, and they are not given much attention given the real or perceived urgency of the crisis.

Policy over-reaction has been documented in academic research. For example, George W. Bush’s catastrophic decision to invade Iraq in 2003 has been presented as a typical example of policy over-reaction, this one in response to the 9/11 terrorist attacks.

In contrast, during the Cuban Missile Crisis in 1962, John F. Kennedy resisted his advisers’ call to arms. His actions probably prevented a nuclear confrontation with the Soviet Union.

In general, initial responses to what appears to be an alarming threat — whether military, strategic or health-related — are crucial to the peace and prosperity of nations. These initial decisions create “path dependency,” as explained by American management studies expert Ian Greener, when past events or decisions influence subsequent behaviour and perceptions.

The French COVID-19 containment measures were extreme. France’s response attracted worldwide attention, and people around the globe were struck by the image of deserted Paris streets at the onset of the pandemic.

Sweden was one of the first countries to take an opposite approach, resisting the idea of confining its entire population despite a storm of criticism from the international media and a subsequent internal reconsideration within the Swedish government. Despite this, a commission concluded in February 2022 that “Sweden’s no-lockdown COVID strategy was broadly correct.”

Swedish authorities acted quickly to protect the most vulnerable population segments, but refrained from widespread lockdowns, although the country has had major outbreaks in its retirement residences.

They provided constant information to the public, seeking both co-operation and social approval. The Swedish response has generally been neither better nor worse from a health perspective — as of February 2022, Johns Hopkins University estimated coronavirus-related mortality as 0.6 per cent in France, 0.7 per cent in Sweden, 0.9 per cent in Germany, 1.1 per cent in Canada and 1.2 per cent in the United States.

But Swedish authorities spared Swedes the excesses of mass confinement.

The 1960 behavioural sciences theory known as “disjointed incrementalism” holds that when cause-and-effect relationships are uncertain or unknown — when there’s no way of knowing how decisions will affect behaviour — broad policies are more appropriate when they first consist of small decisions, made in sequence, step by step, to facilitate learning, adjustment and avoid over-commitment. It also argues decisions should involve input from all interested groups to benefit from collective experience.

In his book Crowds and Power, the British-German writer Elias Canetti, a Nobel Prize winner for literature, argued that people devolve into pack behaviour when frightened, and they become easy to manipulate. Irrational behaviour that would not normally occur individually is common in crowds, according to Canetti.

In the case of COVID-19, fear likely influenced crowd behaviour. Anxiety about the coronavirus among citizens was likely one of the factors that helped prevent any policy adjustment or correction. Instead it led to further tightening of rules.

What’s known as institutional isomorphism may have also contributed to lockdown decisions. That’s when the institutional environment — laws, norms, culture and practices — pushes people and organizations into similar behaviour to justify their actions.

Faced with uncertainty, pressure from the media and frightened populations, national leaders sometimes follow each other’s lead, cementing an over-reaction and taking more action — sometimes questionable — to justify and enforce their decisions. But in the case of COVID-19, the process of justification and implementation often relied on health-only advice and group think, while disregarding social sciences.

It’s not wise, in our opinion, when making decisions about the well-being of entire populations, to neglect the views of psychologists, sociologists, historians, organizational theorists and other scientists.

We highlight five measures to limit the effects of negative emotions and institutional isomorphism in emergency crisis management:

COVID-19 has undoubtedly been a significant threat for countries around the world.

But large-scale crises are difficult to manage precisely because people can react emotionally. To maintain control, it’s essential to guard against extreme policy decisions that are difficult to assess and implement.

Minimizing the negative emotions, especially fear, that are generated by these crises — and providing reassurance — help control behaviour, earn public support and improve the decision-making process.

That said, in no way do we minimize the difficulty of managing such a crisis. In this vein, we recognize that governments have handled the pandemic not only to reduce the number of deaths, but also to avoid the saturation of health systems, weakened by the surge of COVID-19 cases.