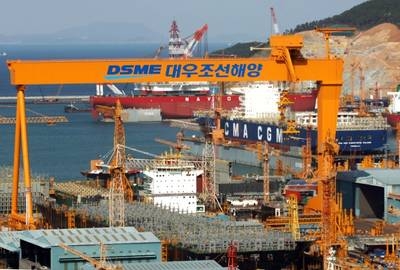 A one-off gain saved the quarter for DSME

The one-off gain DSME received was for about 200 billion won in additional payment from an unidentified client over an offshore project.
DSME drove up the value of exports when converted into the local currency, pushing up its net profits.