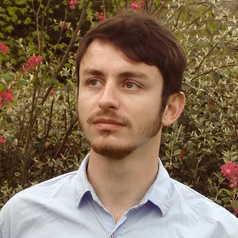 While the number of reported cases of the new coronavirus in India remains in the low hundreds, concerns are already growing about the capacity of its healthcare system to deal with the potential threat.

This is a major political test for the Hindu nationalist government of Narendra Modi. It is already having to deal with a disappointing economic performance – growth is at its lowest level in a decade – and is now facing a social and political crisis as a result of discriminatory citizenship legislation. The legislation has led to riots and anti-Muslim pogroms across the country, especially in New Delhi where at least 53 people have been killed and many injured.

In this particularly tense context, is Modi’s government capable of managing the pandemic?

On social networks, jokes have already circulated about Modi’s inability to manage this crisis. Some senior party officials promoted what they thought were anti-coronavirus virtues of cow products, and the Ministry of Alternative Medicines (AYUSH) advocated the use of homeopathy.

Some Ayurvedic practitioners in South India even used the opportunity to offer miracle remedies against coronavirus.

Pseudo-science does have followers among some hindu supremacists, including many in the educated and English-speaking population. Hashtags such as #NoMeat_NoCoronaVirus were tweeted in India during the early stages of the contagion in China. This “fake news” encouraged cases of racism against Indians from the northeast as well as white foreigners as the virus started spreading in Europe.

While it has initially called for people to avoid panic, Modi’s government says it has taken the threat seriously. Officially addressing the nation on March 19, the prime minister asked people to observe nationwide curfew on March 22 from 7am to 5pm. It could be a test for a potential longer lockdown.

As in many countries, the Indian authorities also issued prevention messages about wearing masks and stressed the need to wash hands regularly, sneeze into one’s inner elbow, and avoid public events such as the Holi Festival, held on March 10. The Ministry of Health also set up a crisis unit, an information hotline, and planned two quarantine centres around Delhi.

Despite doubts about their effectiveness, the government has also chosen to establish temperature tests at airports as well as at some seaports and land borders, some of which (Bangladesh and Myanmar) have been completely closed. The country has also banned entry to all visitors until at least April 15.

Indian states have also taken radical decisions. Several closed primary schools in some cities, including Delhi and Bangalore. In Maharashtra, the authorities have started to stamp the hands of people under quarantine in order to dissuade them from breaking restrictions on movement. The state of Kerala, at the heart of an outbreak, declared itself on high alert and took drastic measures of containment and closure to the public.

However, Kerala, with its 162 hospitals, all owned by the government, has the best health system in the country. The comparatively high number of positive cases identified in this traditionally socialist state therefore probably further highlights the failure of other states to screen for the virus.

Only 52 government laboratories are equipped to identify the presence of COVID-19, although 54 private laboratories could also eventually be mobilised. Even though the government has ordered a million test kits from Germany, concerns have emerged concerning the relatively small number of tests effectively done.

One explanation for India’s poor testing ratio is the lack of health practitioners and medical infrastructure. In contrast with China, where hospitalisation capacity is higher than in high-income countries with 4.2 beds per 1,000 inhabitants, the rate is only 0.7 beds in India on average.

These deficiencies are all the more worrying since the recommendations made at the highest level of government suggest that patients should contact their doctor directly, rather than an emergency number, if symptoms occur.

After 20 years of stagnating public spending on health, infrastructure development has largely been taken over by the private sector, to the extent that less than a third of cases of disease are now treated by public services.

In fact, it is to successful private pharmaceutical companies such as Cipla, Sun Pharma and Dr. Reddy’s that the Indian authorities immediately turned to ensure the availability of certain products needed in the event of a major outbreak. The government has restricted exports of about 20 products including protective equipment and some medical ingredients, such as Lopinavir and Ritonavir. These antiretrovirals are currently being used together against HIV and are being touted by Indian doctors, like their Chinese counterparts, as useful to treat the symptoms of COVID-19.

Despite assurances from large India pharmaceutical companies about the strength of their stockpiles, however, fears which prompted the government to restrict exports are not unfounded.

Between 80-85% of the active ingredients used in drugs assembled in India come from China, 25% of which are from the Hubei region, the epicentre of the epidemic.

To cope with the disruption of their supplies, pharmaceutical companies have recently had to import some of the active ingredients by air with the support of Indian military planes. While this dependence on Chinese imports has had the immediate effect of increasing the cost of the active ingredients, it could eventually be reflected in the selling price of Indian medicines.

In mid-March, the lack of disinfectants and the explosion in the price of protective masks was already depriving access to a large part of the Indian population, of which 21% still live below the poverty line.

With its 1.3 billion inhabitants and high population density, India will have difficulty in taking care of contaminated patients in the event of a major spread of the coronavirus. Only the presence of a very young population – half are under 25 years old – could minimise its public health impact.