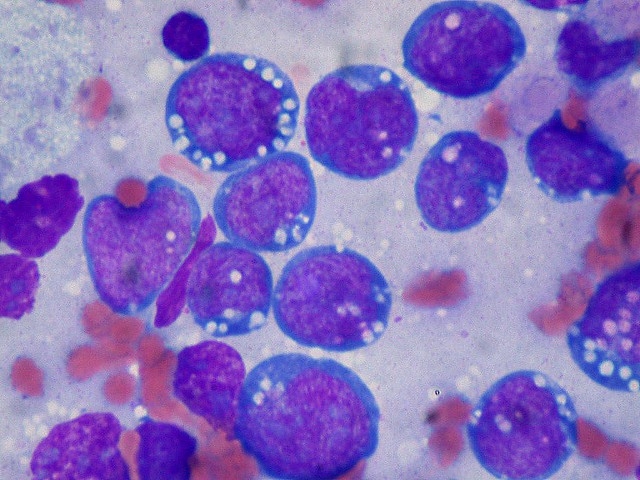 Burkitt lymphoma | Photo by Ed Uthman licensed under CC BY 2.0 via Flickr.com

Numerous cancer research is taking place around the world at this moment. While some of it has already shown promising results, there remains an undeniably long work ahead before at least one of them can be officially called a cancer cure. However, the so-called “living drug” or technically known as CAR-T therapy is recently igniting hope among cancer patients that cure is on the horizon.

Patients suffering from lymphoma under the United Kingdom’s National Health Services system were previously given access to CAR-T therapy. Now, 62-year-old Mike Simpson swears by the treatment regimen that made his cancer “run.”

BBC also reports that other patients at the King’s College Hospital, London have been ultimately cured of cancer after receiving the same treatment. CAR-T therapy primarily uses immune system cells — T-cells — that have been taken from the cancer patient themselves.

How the potential cancer cure works

The process starts by taking blood samples from the patient and then filtering out the T-cells. It is then modified to specifically recognize cancer cells and combined with a special receptor called a chimeric antigen receptor. Once completed, the CAR-T cells are then injected back to the patient.

The entire process and where the CAR-T cells come from clearly explains why experts have been calling it a living drug. It is essentially a treatment that, instead of being taken in several batches, is being injected to the cancer patients and functions as live cells inside the body.

According to reports, Simpson was diagnosed with B-cell lymphoma back in 2015 and has had two chemotherapy sessions. They initially neutralized his cancer, but the illness eventually came back and by late 2018 doctors estimated he had about two years left to live. But he received CAR-T therapy last February and following tests show it is effectively working against his cancer cells.

CAR-T therapy is slated to be tested on hundreds of patients in the coming months. Once it is cleared for public consumption, patients who need it, unfortunately, has to face the daunting fact that this possible cancer cure will certainly not come cheap.