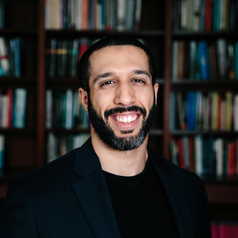 Imagine a small, rat-infested town. Everyone is complaining about the rats and it dawns on the mayor she might gain some political advantage from dealing with the issue. So, she poisons the town’s water. Lo, all the rats die. But there are side effects: the poisoned water is making people sick. Not everyone, mind you – not those who can afford bottled water. Just those who rely on the town’s water supply.

Some strategies can have devastating consequences despite their best intentions. This what is happening with the UK government’s counter-terrorism strategy, and in particular the Prevent duty, which puts an onus on those who work in public institutions such as schools, universities or hospitals to report individuals they suspect may be vulnerable to radicalisation. As the parable of poisoned water suggests, though the UK may package its counter-terrorism strategy for all people, its consequences for British Muslims have been exceedingly disproportionate.

The Prevent policy’s negative impact on the lives of British Muslims has been well documented. Now, with new counter-terrorism legislation currently making its way through parliament, the poison will soon be more potent than ever.

Ever since I’ve become known in some communities as a cultural-political-Muslim psychologist (take your pick) – and therefore “safe” to talk to – I’ve heard dozens of stories about how scared Muslims are about sharing their vulnerabilities in mental health institutions. They fear their suffering will be politicised and their bodies viewed with suspicion. And this was before the new Counter-Terrorism and Border Security Bill.

The goverment’s new bill will make it a terrorist offence to recklessly – or unknowingly – express support for banned organisations. This conflates the already very elusive process of radicalisation with that of an actual criminal offence.

Imagine a young person who expresses their wish to see sharia law imposed in the Middle East, but who doesn’t make any explicit mention of a particular terrorist group. The legal scholar Clive Walker argued in written evidence submitted to MPs that under the proposed changes to the law, such a sentiment might become a criminal offence. Yet support for “sharia law in the Middle East” – and its presumed denial of democracy – is precisely the sort of behaviour Prevent might associate with radicalisation or extremism. In this way, the new bill would make the line between pre-criminal and criminal actions ever more uncertain.

As the purview of Prevent increasingly overlaps with that of actual terrorism offences, it’s likely that government rhetoric around radicalisation and non-violent extremism will shift accordingly. This could mean, for example, an increasing focus on the sort of everyday thoughts and behaviours which might lead a teenager to click – just once – on a terrorist website. Aptly named the “Medusa Offence” by the solicitor Nazir Hafesi, this one-click offence would be punishable with up to 15 years in prison. This pathologises and criminalises the very curiosity that is the hallmark of youth. But not everyone’s curiosities will be affected – British Muslims will be disproportionately burdened by the uncertain boundaries of such pre-criminality.

At a recent community event I attended in London, where British Muslims were asked to voice their thoughts on the Prevent duty, a 17-year-old Muslim girl admitted she had been afraid of speaking her mind – afraid and uncertain about the repercussions – for years. It’s impossible to measure the impact of the silence of an adolescent girl, uncertain of her own voice as a result of such policies. No set of numbers can account for a perpetual state of insecurity, the realisation that your voice does not equal those of others, the profound experience of injustice.

Muslims are regularly associated with the threat of terrorism in public consciousness. The racism inherent in this association is particularly salient in the wake of the Brexit referendum campaign, when images of non-white immigrants invading Britain were invoked as potential security threats. Such images are deeply rooted within a colonial history which has long demonised the “other”, and a national angst which views the cultural integration of Muslims as an issue of national security.

Colourblindness is when we assume race is irrelevant, when it isn’t. A white body will never conjure the same threat as a brown body in the British public’s imagination. The public association between Muslims and terror will persist despite the Prevent policy’s best efforts to render radicalisation colourblind and remind everyone that “white people can be the bad guys, too.” The solution to racism is not colourblindness, it’s recognising the racial hierarchies which persist to this day – and that the post-racial society is a myth.

If the new bill is introduced, British Muslims will live with increasing uncertainty, needing to not only monitor their own intentions but manage the gaze of others too. Of course, nobody can ever fully determine how others see them, and so uncertainty will haunt their every move. If anxiety is the intolerance of uncertainty, then we can expect a great deal of anxiety to come.