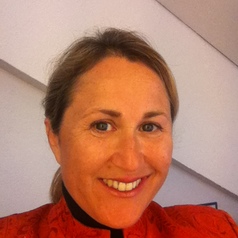 Following Treasurer Scott Morrison’s outburst in April over the meagre supply outcomes delivered by state housing agencies, cool Treasury heads have prevailed in the budget. The Commonwealth has not withdrawn its support. Rather, it will negotiate clear targets under a new national agreement, and aim to ring-fence capital investment to improve social housing outcomes. This will now complement the government’s new strategy of issuing bonds to finance affordable rental housing.

Morrison has already set up a taskforce to fine-tune a new bond aggregator, which the budget proposes to roll into a larger National Housing Finance and Investment Corporation (NHIFC). Establishment funding of A$9.8 million and a $1 billion loan facility will get things moving.

This is safe policy territory and sound strategy. The social housing sector and all major parties have supported housing bonds and a special-purpose intermediary since the 2015 report of the Senate Inquiry into Housing Affordability. It demonstrates the explicit, long-term government commitment required to shore up investor confidence.

If the taskforce gets the design right, the intermediary will provide lower-cost, longer-term financing for affordable rental housing. This will mean public investment goes further and is recycled to build more affordable homes for those who need them.

Yet investment-ready social housing still has several requirements for success. These include good transparent planning, equity, revolving loans, and adequate revenue from rents and rent assistance. Appropriate national regulation is vital, which is also flagged in the budget.

However, without conditional public co-investment and good regulation, the government will miss its own targets and under-invest in this much-needed social infrastructure.

The bond aggregator by itself cannot create a development pipeline. It needs co-investment from government to make it feasible.

Community housing providers can only afford the amount of debt that modest rents and rent assistance can support. Modelling for a 2016 feasibility study found that about 45% of the cost of dwelling construction can be raised when operated as social rental housing, even with the lower rate and longer term of finance the aggregator can provide.

Writing for The Conversation, Chris Martin and Hal Pawson summed up past performance:

It should be no surprise that Australia’s social housing has been largely static for 20 years. Everything we know about the system tells us it is not funded to even cover the costs of its ongoing operation, let alone growth to meet the needs of an expanding population. Aside from a one-off boost under the 2009 federal economic stimulus plan, social housing has been on a starvation ration for decades.

National governments in Austria, the UK, France and the US have made up for shortfalls in social housing funding with good regulation and by attracting private finance since the 1990s. They have done so by establishing a market for special-purpose bonds, government guarantees, special intermediaries, tax credits and supporting circuits of investment in affordable and social rental housing.

This ultimately bankrupted state housing agencies, which were all but given their marching orders by Morrison in April and earlier by his assistant minister, Michael Sukkar, in February. They ran into strong opposition from community and public housing providers (and the for-profit private sector) – which are eager to play a more active role in social housing supply.

Recently, though, Treasury’s “debt and deficit” doctrine has been making way for a new vision of productive public investment to boost both economic and social development. Investment in social housing should be an integral part of urban plans. It needs to be part and parcel of every infrastructure strategy, Smart City Plan, or City Deal. Bringing housing and infrastructure together under the new NHFIC could help, within an overarching plan with strategic housing targets.

Co-operative leadership and national funding remain essential. Morrison and Sukkar seem to appreciate that a coherent and efficient approach to setting standards and creating funding certainty will induce financial institutions to invest in social housing.

Investment not only reduces public housing waiting lists most directly, it ensures fairer allocation of housing opportunities. At the same time it provides a shock-absorber for the economy, especially as it transitions from the resources boom, to build more productive and resilient cities.

Social housing creates jobs for the construction industry and uses local commodities, with many social and economic spin-offs.

Well-designed social housing, such as revitalised public and green community housing mixed with a range of housing types, provides a tangible infrastructure asset and a vital community service. It’s especially important for tenants who are elderly, have disabilities, or were formerly homeless.

Emergency services, health care and homelessness shelters, among others, bear the much higher costs of neglecting these households. This ultimately harms both the budget bottom line and our social fabric.

Morrison has directed the Affordable Housing Implementation Taskforce to report on the bond aggregator in July. The taskforce comprises three senior (former) public servants. They are advised, as usual, by one of the big four accounting firms.

It must be hoped their work contributes towards a broader vision for social housing growth. It should draw on international best practice as well as AHURI’s advice on an Affordable Housing Finance Corporation. Government policy needs to embrace the notion that social housing is not only good investment but essential social infrastructure.

Julie Lawson receives funding from the Australian Housing and Urban Research Institute and has played a leading role in researching international experience of channeling investment towards affordable rental housing via special purpose financial intermediaries, bond instruments and guarantees, and defining the requirements for an Australian Housing Finance Corporation to invest in the supply of social and affordable housing. She has published her research on these issues with colleagues across the AHURI network including Mike Berry, Carrie Hamilton, Vivienne Milligan, Judy Yates and Hal Pawson and also contributed to numerous Senate and government inquiries on housing affordability and social housing finance.