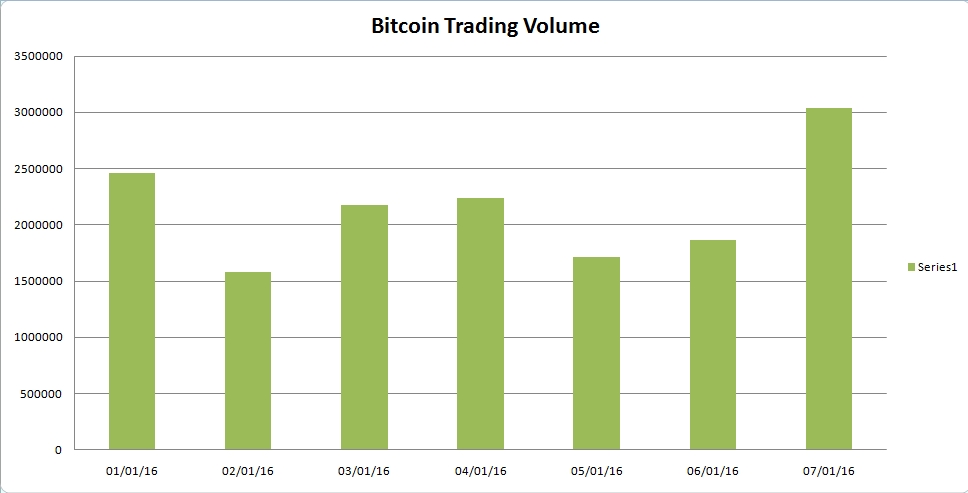 The year 2016 has not been fruitful for global markets so far. The first week started off with China halting trade which dragged down major equity indices, commodities and markets. Later, on Thursday, shares on major exchanges fell for a sixth straight day and crude oil prices hit multi-year lows as concerns over China’s economy mounted, Reuters reported.

Justin O'Connell of Bitcoin Magazine says that the digital currency acted in much the same way it usually does when stocks become volatile as they have across the globe in the first week of trading.

“Although engulfed in a bit of a “constitutional crisis,” Bitcoin appears to enjoy healthy demand in times of crisis, almost acting as a safe haven asset as investors call commodities and investments that do well in times of uncertainty”, he added.

​This “safe haven” possibility is further evidenced by a spike in the Bitcoin trading volume seen on the chart provided by bitcoinity.org. On Thursday, BTC trading volume rose considerably, surpassing the 3.0M mark.