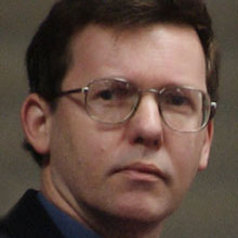 In a 650-page report last week, the IMF’s own Independent Evaluation Office (IEO) has castigated the Fund’s handling of the Eurozone crisis.

The IEO cited a “culture of complacency” in the IMF; a “failure to identify the build-up of vulnerabilities”; and maintaining an “unworkable strategy” for too long.

In the wake of the report, Yanis Varoufakis, Greece’s finance minister during the 2015 crisis, has called for the resignation of the IMF’s Greek mission chiefs Poul Thomsen and Thomas Wieser, whom he regards as the architects of Greece’s austerity regime.

The IMF also found itself sidelined by its Troika partners in the European Union (EU): the European Central Bank (ECB) and the Commission. In a decision that was to have far-reaching consequences, EU institutional and political actors decided that there would not be Greek debt restructuring in 2009–10. By the time IMF came to the table in March 2010, the “train had already left the station,” as one former senior IMF official put it.

The message was clear: the Eurozone crisis was a European problem and EU institutions would provide the solutions. The IMF is viewed as a virtual European subsidiary in any case; since 1944, the managing director of the Fund has been a European appointment, with French technocrats forming the majority of the appointees since 1963.

There are serious charges of mismanagement in the report. The IEO states baldly that the Executive Board of the IMF never met to discuss individual case management of countries. Indeed, the Board first met in May 2010 to discuss only one country: Greece.

Instead, the Board was bypassed with the establishment of ad hoc working groups, which modelled a number of scenarios and developed contingency plans. However, the IEO notes the work of these groups was so “secret” that few within the IMF itself were aware of their existence or content of the work the did. Indeed, the IEO was unable to procure all of the reports produced by the ad hoc groups, demonstrating the lack of transparency within the Fund.

To comprehend how the IMF became a peripheral player in the Eurozone saga, it’s necessary to understand how power is distributed in the Fund.

First, the IMF has no genuine autonomy of its own; it remains an intergovernmental organisation. It is owned and run by its largest shareholders, the G5: the US, Japan, Germany, France and Britain. Together, these five countries control almost 40% of the IMF’s votes. China and India barely get a look in.

Within the IMF’s governance structure, the Executive Board, who are merely national officials, are directly answerable to the 24-person IMF Board of Governors, who are the national finance ministers of the most important member governments of the Fund. For example, Australia’s Governor is Treasurer Scott Morrison.

The IMF’s Asian and South American members are reportedly outraged that they were not informed of the secret EU-IMF deals. However, their indignation is purely synthetic; the secrecy cannot have come as any surprise to officials in Beijing and Brasilia. If you seek transparency in Brussels or Washington, you have come to the wrong address.

Second, the White House and US Treasury are veto players in the IMF. There’s an old saying about the IMF: if the US wants it to happen, it will happen. If the US opposes a measure, it won’t happen. If Washington is only slightly against it – it might happen.

Third, secrecy is king in the world’s international organisations. When the slightest perturbation threatens the stability of world markets, the reflexive and natural instinct of governments and institutions worldwide is to conduct negotiations privately, away from prying media cameras.

When Yanis Varoufakis started recording Eurogroup finance ministers’ meetings in 2015, EU ministers were justifiably peeved. So they did two things: they started green-rooming without him; and they made his position untenable, forcing him to resign.

Such secrecy is no accident; clearly the contingencies the IMF’s working groups assembled were too alarming for markets analysts, traders and debt-ratings agencies to ever be released. Or they were too politically sensitive for publication.

Such secrecy in international fora is defensible; crisis politics cannot be played out in public, as the herd instinct of markets is to react with fear, uncertainty and dread, sending shares and debt ratings plummeting. It is equally defensible, in both the corporate or public sectors, to ensure one’s budget, marketing, finance, strategy or staff meetings remain confidential. I don’t want the deliberations of my staff meetings made public; nor, I suspect, do you.

With volatile markets and systemic risk, institutional actors must proceed cautiously. While you are sleeping, the Bank for International Settlements in Basel, Switzerland (the “central bankers’ bank”) occasionally undertakes silent ad hoc interventions in markets in order to avoid crisis and panic.

Personally, I don’t buy the IEO’s report: it’s a grey wash. It avoids placing any blame upon the IMF’s managing director (and France’s former finance minister), Christine Lagarde. It is the IMF’s attempt to reclaim influence and lost ground, as it is clear that the Fund’s subordinate role throughout the EU crisis damaged its credibility and its reputation, particularly as the Fund allowed the Europeans to dominate the policy framework. This is not surprising either, as Lagarde owed her appointment to Sarkozy and Merkel.

The IEO report decries secrecy, yet attributes no responsibility to any group or individuals within the IMF. Readers will not find any discussion of ‘France’ or ‘Germany’ in the report, except in a footnote.

Do not for a moment think that President Obama was not party to the peripheralisation of the IMF’s role in the Eurozone crisis; Obama himself chaired the 2010 G20 meeting at Cannes, where he and President Sarkozy attempted to strong-arm Angela Merkel into providing additional German firewall financing for the Eurozone. At Cannes, Obama and Sarkozy also tried to pressure the Italians, in vain, to accept an IMF €80 billion line of credit to avoid the risk of contagion stemming from Italy’s precarious mountain of sovereign debt risk.

Key EU players, including Eurogroup President Jean-Claude Juncker, German finance minister Wolfgang Schäuble and ECB President Jean-Claude Trichet argued that involvement of the IMF made the Eurozone and its institutions look weak. But it was Merkel who insisted that that the IMF partner with the ECB and the Commission to develop a joint plan for Greece.

You will also find no discussion in the IEO report of how resolving the Eurozone’s first crisis in 2010 was designed to rescue French and German banks, such as BNP Paribas, Societe Generale, Deutsche Bank, Commerzbank and the heavily-exposed German state banks.

You’ll find no mention of how the bailouts and austerity regimes in Greece, Ireland, Portugal and Spain were designed to get banks’ money back. Or the fact that French and German bank leverage (as a percentage of GDP) were worse than any bank in any other OECD country. Worse than Lehman’s. Worse than Bear Stearns. Worse than the United States.

You will find nothing written in the IEO report about the systemic risks of contagion to the Eurozone banking system as a consequence of sovereign default if Northern European banks could not recoup their losses.

You will not find discussion of any of these issues in the IEO report because they aren’t there. However, you will find self-congratulatory tributes such as “There were instances where IMF staff shone technically, and many officials have expressed a positive assessment of the Fund’s overall contribution to crisis management."

Let’s make no bones about this: the IEO report is designed to protect the IMF’s staffers and to criticise the EU’s role in the Eurozone crises, ironically, without naming any of the individuals who were the key decision makers.

Both the EU and the IMF were responsible for major strategic blunders. All of the EU countries sought to protect their own national banking and financial sectors, before coming to the realisation that only joint action, in conjunction with the ECB, would ensure the Eurozone would not collapse. The IMF was included, belatedly, to form the Troika, to provide a vestige of public unity. However, the reality was very different; Germany’s Bundesbank, Merkel’s Chancellery and the ECB essentially dictated the outcomes and drew up the Greek bailout program, having consulted only desultorily with the IMF.

The bottom line is that the Troika implemented their program with the connivance of Washington. Had the US Treasury or White House wished to impose an IMF program upon the EU, it could have done so. But Washington was prepared to stand back and allow the Europeans to dictate the course of action, because any hint of disunity within the Troika would have sent global markets into deeper paroxysms.

The EU’s objective was to ensure the survival of the Eurozone and the costs – including the decimated Greek economy – were secondary. To retain the integrity of the world’s second-most important reserve currency, the Europeans were prepared to do “whatever it takes”.

Remy Davison's Chair is funded by the EU Commission.