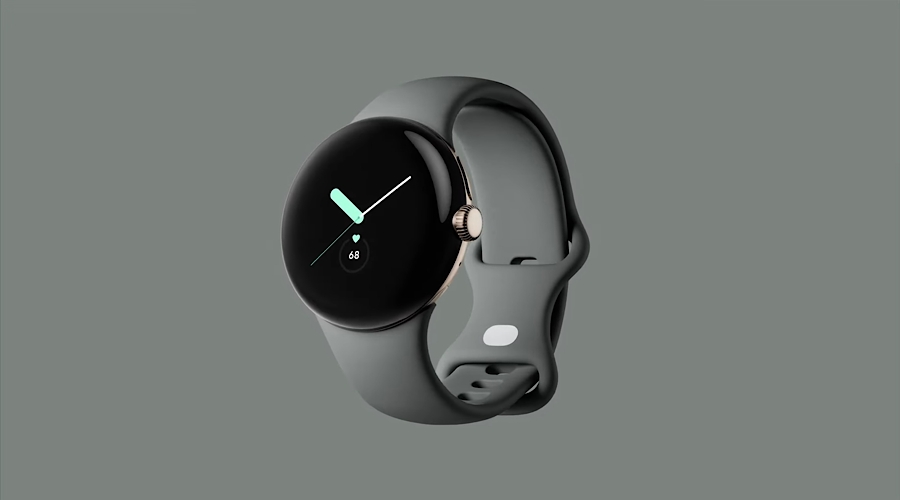 Google was previously reported to be working on several types of bands for the upcoming Pixel Watch. And it appears that at least two of them have already leaked online with only a few days left before the Made by Google event.

An early look into a Pixel Watch band labeled "Active" was shared by Droid-Life after the publication got it from a certain "mega-retailer" that reportedly had them up for sale briefly. The report shows several photos of the band in Chalk and Lemongrass colors. Google uses these color naming schemes, but they are essentially white and light pastel green, respectively. The same report noted that the band would also come in Obsidian (black) and Charcoal (gray) colors.

It will be available in two sizes. The small Pixel Watch Active band reportedly measures 130-175mm, while a large variant can fit 165-210mm wrists.

Each Pixel Watch Active band costs $49, Droid-Life said, adding that it has a "very premium rubber" feel. At a glance, it looks very similar to the bands often featured by Google in early Pixel Watch teasers. This means the Active bands could be the standard accessory for the smartwatch, so the $49 price tag could also be the baseline cost for the watch bands.

While $49 is higher compared to Fitbit watch bands, the report noted that the Pixel Watch Active bands do not feel like they are made of cheap material. The publication even said its quality seemed better than Samsung's sporty watch bands or on par with Apple's products.

While this particular leak does not reveal much about Pixel Watch specs, it offers a closer look into how the bands will be attached to the actual watch. The report said the device has a "band secure button" but its mechanism appears to be a little more complicated than other watch bands. Pixel Watch users will have to press the secure button to detach the bands, but they have to use the bands to press the button to attach them. Hopefully, a clearer demonstration will be available once Google launches the smartwatch.

Twitter user SnoopyTech also shared an alleged promo video for the Pixel Watch, which reveals more information about the device. The video indicates the smartwatch requires a phone with Android 8.0 OS or later. It also reveals that Google will release metal bands sometime this winter, which should be expected to be more expensive than the Active bands.

The Pixel Watch, along with the Pixel 7 series and new Nest products, will be unveiled on Thursday, Oct. 6. A live stream of the event should be available on Made by Google's YouTube channel.