The black market in academic papers – and why it's spooking publishers 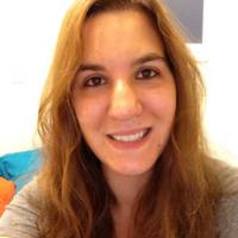 A colleague of mine recently posted a plea on an open forum asking for someone with access to please send her a copy of a journal article. This colleague works at one of the premier research institutions in the EU which has an annual budget of over €100m, yet she had to ask her connections on Facebook for access to a scholarly article. Her university did not have access to this piece of literature that she needed to complete her research.

This story isn’t unique. Many academics have to seek other means for finding articles rather than pay the minimum US$30 that most publishers charge to access an article.

Instead, a black market of scholarly papers exists that those in the know can access as easily as using a hashtag on Twitter: #ICanHazPDF. This system relies on academics helping each other. I post a request for a paper and in ten minutes a response with an attachment may come back to me. The original tweet is then deleted.

Other disciplines have set up listservs and private sites with similar goals: those in need can ask those with access and online journal articles or books are provided free of charge. “There is a cool network of psychology students who have shared stuff by request for a couple of years, its called the European Federation of Psychology Students' Associations and we were all friends helping friends,” Aart Franken, a recent PhD graduate from Utrecht University in the Netherlands, told me.

For the last few years, there has been a new player in town. Sci-Hub, a website developed in 2011 by Alexandra Elbakyan, a researcher from Kazakhstan, is a repository for over 48m papers which continues to grow every day. Elbakyan has been called a modern-day Robin Hood by some.

The publishing company Elsevier is currently suing Sci-Hub and Elbakyan in the New York for copyright infringement. After Elsevier won a temporary injunction against the site in January, it reopened with a new domain name. Alicia Wise, Elsevier’s director of universal access, said that for the company: “It’s as if somehow stealing content is justifiable if it’s seen as expensive … It’s not as if you’d walk into a grocery store and feel vindicated about stealing an organic chocolate bar as long as you left the Kit Kat bar on the shelf.”

But Sci-Hub has changed the way that many think of public access. Unlike previous systems, it keeps a copy of the requested paper on its server so that it doesn’t have to go looking for it when someone else asks. Now instead of asking a group of your peers or sending out a hopeful tweet, anyone can go to Sci-Hub and see whether the paper is there. Within 30 seconds the site loads a PDF version of the requested article that Sci-Hub has accessed from Libgen – a search engine for scientific articles and books, which allows free access to otherwise paywalled content – or skimmed from the publisher.

As an academic who publishes within the traditional journal system, it’s worth looking at the normal scenario of scholarly publishing.

This last point about affordability is the norm. Not many academics can afford to publish open access with top-tier journals, but for their careers, they can’t afford not to publish in what are known as “high-impact” journals. As Katrin Becker, adjunct professor in computer science and game design at Mount Royal University, in Canada, told me:

Open access that requires authors to ‘buy’ the publication of their articles is wrought with problems, from silencing adjuncts and people without grants, to potentially influencing acceptance based on money rather than the quality of the research.

The difference between academic publishing and other types of creative work is in who owns the rights and who gets paid. Simply put, the author does not get money once the article is published in the journal, the academic editors and peer reviewers are not paid for reviewing these articles. The publisher gives nothing and gets everything.

Academics have the choice where to publish but once the article has been signed over we have no voice in the process – our only choice is to not choose specific publishers.

The pursuit of knowledge

The open access movement has come out of the idea that publicly-funded research should be available to the public. As my colleague Grainne Conole, former professor of education at Bath Spa, told me: “Research is about sharing and discussing our findings with peers, research shouldn’t be locked up in closed systems.”

There are thousands of open access journals but many of them are seen to lack the prestige that universities demand for researchers. We are stuck: academics can’t afford to read their own work but they can’t afford not to publish in these prestigious journals if they want to advance their careers.

Sci-Hub has provided a new path. It doesn’t fix the flawed system of academic publishing, but it does let those without traditional access read the scholarly articles they need to complete their degrees, work on their research projects, and keep up to date with their fields.

As Martin Weller, professor of educational technology at the Open University, told me:

Sci-Hub is a bit like distant thunder at a picnic for publishers. They ignored open access, then tried to discredit it, then tried to make extra money from it – but Sci-Hub may make them actually address the issue.

Dana Ruggiero does not work for, consult, own shares in or receive funding from any company or organization that would benefit from this article, and has disclosed no relevant affiliations beyond the academic appointment above.