‘The Winds of Winter’: Cryptic tweet believed to be a teaser for George RR Martin’s novel release; ‘TWOW’ coming soon? 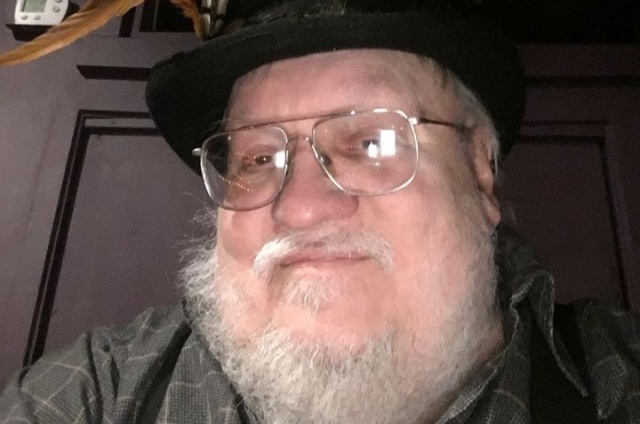 “The Winds of Winter” is a much-awaited novel that fans are hoping George RR Martin will finally release soon. The delay of the sixth book in the “A Song of Ice and Fire” book series is so long already that it is just right for it to be published any time now.

Martin’s promised due date for “TWOW”

Eight long years is not a joke, and this is enough time for one book to be finished already. GRRM made a promise in May that he will make sure to publish the book in August next year, but the question is - Will he fulfill his promise?

“But I tell you this — if I don’t have THE WINDS OF WINTER in hand when I arrive in New Zealand for Worldcon, you have here my formal written permission to imprison me in a small cabin on White Island, overlooking that lake of sulfuric acid, until I’m done,” Martin wrote on his blog back then. “Just so long as the acrid fumes do not screw up my old DOS word processor, I’ll be fine.”

Can Martin release the book on time?

While it has yet to be seen if he can make good of his promise this time, after many broken vows in the last eight years, fans’ believe that the author will finally reveal “The Winds of Winter” on his given due date which is within the period of next year’s Worldcon in New Zealand.

However, there is a new report that George RR Martin may surprise his fans with the book release at an earlier date and probably before Christmas. Express reported that fans noticed a tweet made recently by HBO, and they see this as a “cryptic message” that is hinting about the publishing of “The Winds of Winter.”

The tweet that was mentioned was posted on Nov. 26, and it simply reads: "Winter Is Coming." as of this time, HBO’s post already garnered more than 400 thousand likes, and it has been retweeted for more than 100 thousand times.

With the spreading rumors that this tweet is about the release of “The Winds of Winter,” the site, Winter is Coming clarified that this is not connected in any way with Martin’s anticipated novel. It was pointed out that HBO is more likely referring to the new “Game of Thrones” prequel rather than the book.