How Finance Industry Has Changed Over the Years?

The Future of Sports Betting in the US: How soon can we expect change? 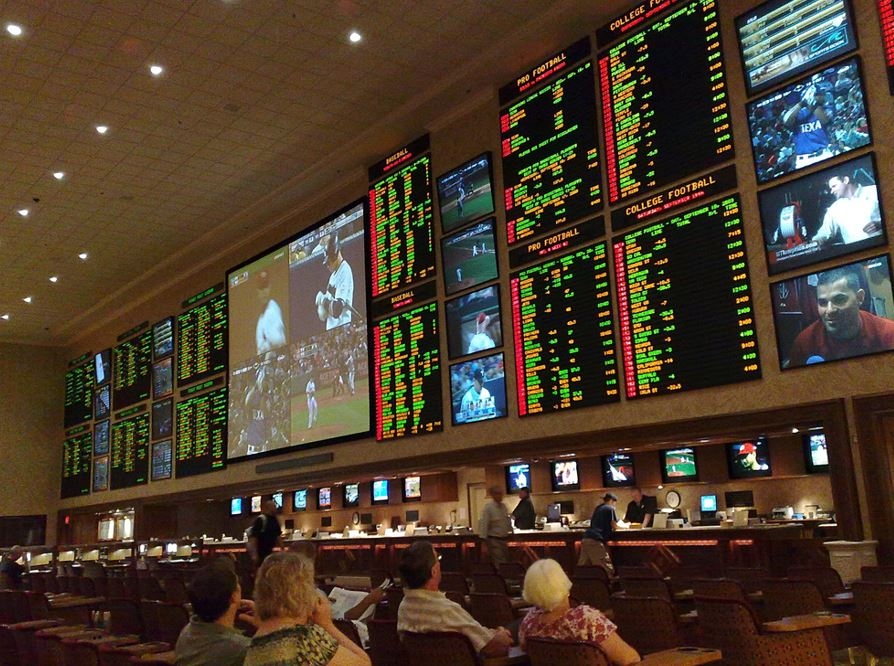 Sporting events and betting share a link throughout history inextricably. From the earliest games in Rome right through to the Kentucky Derby, humankind always enjoyed the thrill of placing a wager on their favorite sporting event. And despite attempts to curtail this passion here in the U.S., sports betting has been on the increase in recent decades.

In the state of Nevada alone (where sports betting is legal), there were 192 sports books in 2017. That’s a significant jump from the 56 listed back in 1985. And with global sports betting set to grow at a CAGR of 8.62 percent over the next four years, it seems that legislators cannot put a lid on sports betting. But in the summer of 2018, something happened that could change the betting landscape forever. From 56 to 192, and the number looks set to increase further. Infographic Credit: Statista

The Day That Changed It All

On June 14, 2018, New Jersey took U.S. sports betting into the 21st century by becoming the first state other than Nevada to legalize betting on sporting events. A Supreme Court ruling, which passed by 6-3, backed the state’s challenge to the Professional and Amateur Sports Protection Act (PASPA) of 1992. This law banned all states (except Nevada) from operating a sports book. Prior to this, casino operators could only provide online casino games in the state, but now, they can offer much more.

While this Supreme Court ruling doesn’t necessarily legalize sports betting, it does open the door for other states to follow suit and pass laws to allow sports books. According to ESPN’s sports betting tracker, there are currently eight states that already passed laws to this effect. Besides Nevada and New Jersey, sports fans can now place bets in Delaware, Mississippi, West Virginia, New Mexico, Pennsylvania and Rhode Island.

It also looks like New York and Arkansas will soon follow suit while 21 other states are currently set to move toward legislation. That means that by the time the 2026 FIFA Cup comes along, sports fans could be placing bets in over half of the states in the U.S. And as you can imagine, this means a boost to local economies and more tax dollars for local governments.

But how soon can we expect change realistically?

With the public becoming increasingly receptive to all forms of betting, it stands to reason that those states with no current plans on betting at some point must discuss the possibility of legalizing sports books. The one exception here is the state of Utah who for many decades vehemently opposed all forms of betting, including lotteries. But Utah aside, this mass acceptance of sports betting leads to one place: Washington.

If most states move forward with legislation as expected, then it’s likely that the next president, whoever that may be, must deal with the issue of legalizing sports betting nationwide. Dealing with this in Washington is likely no mean feat, with betting a political hot potato throughout history. However, should the 49 states pass laws, it would seem illogical not to address the topic in the White House.

The timeline for change on a local level is, of course, dependent on a state’s moves toward legislation, but it wouldn’t be too optimistic to expect at least 31 states to legalize sports books within the next two years. Politically speaking, this is lightning-paced when you consider that New Jersey’s challenge came in the summer of this year. This fast action can only lead to one conclusion: sports betting is not only what the people want but what state legislators want, too. Remember those tax dollars we mentioned earlier?

The blockchain adds a layer of security to the future of sports betting.

It’s not only the legal aspect of sports betting that looks set to change. With significant advances in both technology and how we handle our finances, the clichéd guy with a notebook and pencil is set to go out to pasture. Artificial intelligence, along with blockchain technology, could see the integrity of sports betting reach an all-time high.

The blockchain changes the face of finance, and it’s no significant leap to expect some effect on the sports betting industry. And while it may not have the far-reaching effect as with other industries, expect some impact. Also, the added layer of security the technology provides helps betting providers build trust with their new potential customers.

But perhaps it’s the change in the attitude of the public that could have the most impact on the industry. Betting in general is now considered by many an acceptable pastime. And with gaming companies now taking responsible steps toward their business, the reputations of the top players in the industry has never been better.

A move toward blockchain technology also incentivizes sports fans to move away from illegal sports books and use newly created state-approved providers. And though fans would likely pay taxes on their bets, the added security of betting through a legal platform based on blockchain technology should be enough to encourage the move. In one fell swoop, legislators could eliminate illegal books while also increasing tax dollars. It’s the epitome of a win-win situation.

The future of sports betting in the U.S. does indeed look bright. With eight states already on board and 23 looking set to follow, it looks like many sports fans in the U.S. finally get to enjoy a wager on their favorite sporting event without having to cross state lines. Over the coming months, those states with legislation move in progress look to make their final decisions on legalizing sports books, and once that happens, expect the floodgates to open. Within the next year, you can expect to see some of the top players join the sports betting industry. From internet giants to hotel chains, expect every business with an eye to the future to embrace sports betting.