How to Make Your Money Last When Playing Casino Games

6 Alternative Investments In A Down Market

Fintech: Why it is Useful for Business? 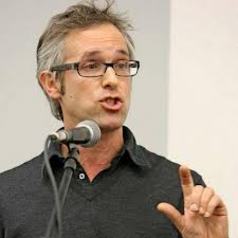 What is the future of television, in an era of extraordinary technological change that has brought new challengers to the established broadcasting companies and their scheduled programmes? Who should it be aimed at and how will it be paid for? These are among the questions that our inquiry, chaired by Lord Puttnam, into the future of public service television aimed to answer – answers contained in the recently published final report.

Coming so soon after the result of the EU referendum the report’s findings share many of the same characteristics of that vote: a growing lack of trust in mainstream institutions, a failure to articulate the voices and experiences of all British citizens, and a tendency for broadcasters to commission uncontroversial content and to strive to provide some kind of consensus in situations where such agreement is virtually impossible.

These problems are most obvious in relation to news content. While television news is not guilty of the sort of partisanship that exists in the printed press, its efforts to provide a more balanced allocation of airtime to opposing sides tends toward manufacturing a balance that is artificial. During the referendum campaign, for example, the “balance” was often comprised on both sides of voices framing the issue as a civil war inside the Conservative Party. This excluded any more serious consideration of the range of economic and social issues the referendum raised, and the anxieties of a whole range of different groups across the UK.

This isn’t just a problem with news; it about the relationship audiences have with television in this digital age. We wanted to ask some fundamental questions about the purposes of television today. To what extent has television successfully moved with changing demographics of the UK? How has it sought to represent the lives of people, no matter where they live? And has it done enough to engage with the new ways that audiences consume content?

We were guided by the principles of the 1962 Pilkington report, which led to the creation of BBC2 and colour television, but which was also critical of the distorting and sensationalising aspects of commercial broadcasting. Presciently, it argued that audiences deserved to be treated more than as just consumers. But times have moved on: we now have hundreds of channels, not just two, the audience is far more unsettled and fragmented, and many are moving away from television and radio to digital platforms.

It is precisely because of this fragmentation and polarisation that there remains a necessary role for public service television to act as the counterweight to a commercial system more likely to chase ratings than to cater to its viewers’ needs. The challenge for the inquiry was to consider ways in which television can relate to the very diverse requirements of its audiences without imposing a false consensus.

The danger of the fabled ‘centre ground’

For too long broadcasters have gravitated towards a perceived “centre ground” even as this centre ground was coming unstuck. Instead of promoting a multitude of voices and taking risks, they have too often clung to the familiar and acceptable.

So here’s our deal: we believe that public service broadcasters should continue to receive special privileges, such as onscreen prominence and universal funding (in the case of the BBC). They will have to earn these privileges, however, raising their game and generating truly innovative and relevant content. We need to foster new types of public service content for the digital age so that our public service media does more to cater to the whole breadth of the UK audience. And we urgently need to address some of the barriers to entry, both on and off-screen.

Recommendations for the future

The report makes recommendations concerning how best to improve the system we have, but also how to adapt it in order to meet the opportunities offered by new digital platforms:

Many more recommendations are made in the report. These may be too contentious or not contentious enough, too timid or too controversial – and certainly the reports authors would welcome your feedback. But the point is that television needs to change – it cannot afford not to, if it is to survive the technological and sociological earthquakes of the last few decades.

Des Freedman was the lead project author of the Future of Television report (the Puttnam inquiry). He has received funding from the AHRC, and is the former chair of the Media Reform Coalition.