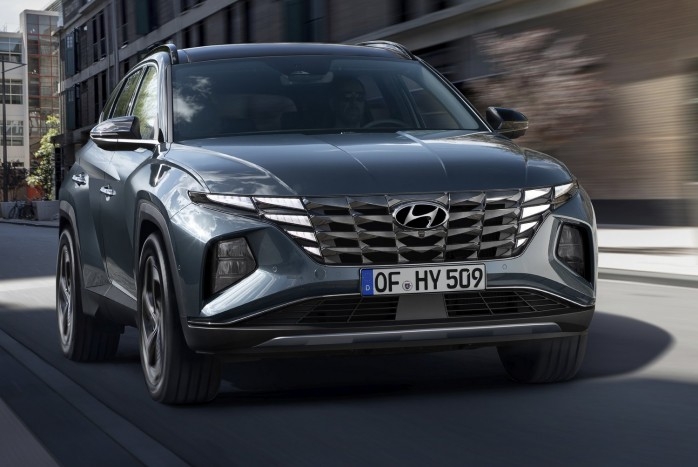 The fourth-generation Tucson SUV available in the domestic market next month as a 2021 model.

Hyundai Motor Co. expects its fourth-generation Tucson SUV's bold design to become iconic, featuring LED headlights shaped to blend in with the grille and disappearing into the geometric design once turned off.

According to SangYup Lee, Hyundai’s head of global design center, the company did not just want to create another SUV when they designed the fourth-generation Tucson, but something that would become iconic.

The new Tucson will be available in the domestic market next month as a 2021 model.

Thereafter, the South Korean automaker will bring the new Tucson to the US and other overseas markets in the first half of 2021 as a 2022 model.

It is priced at 24 million won to 33 million won, except for the hybrid model, whose price is to be released next month.

Although the new version will be available in both short- and long-wheelbase variants, only the stretched model will be sold in the US on par with the American's taste for larger vehicles.

Hyundai has sold more than 7 million Tucson units internationally since it was first launched in 2004.