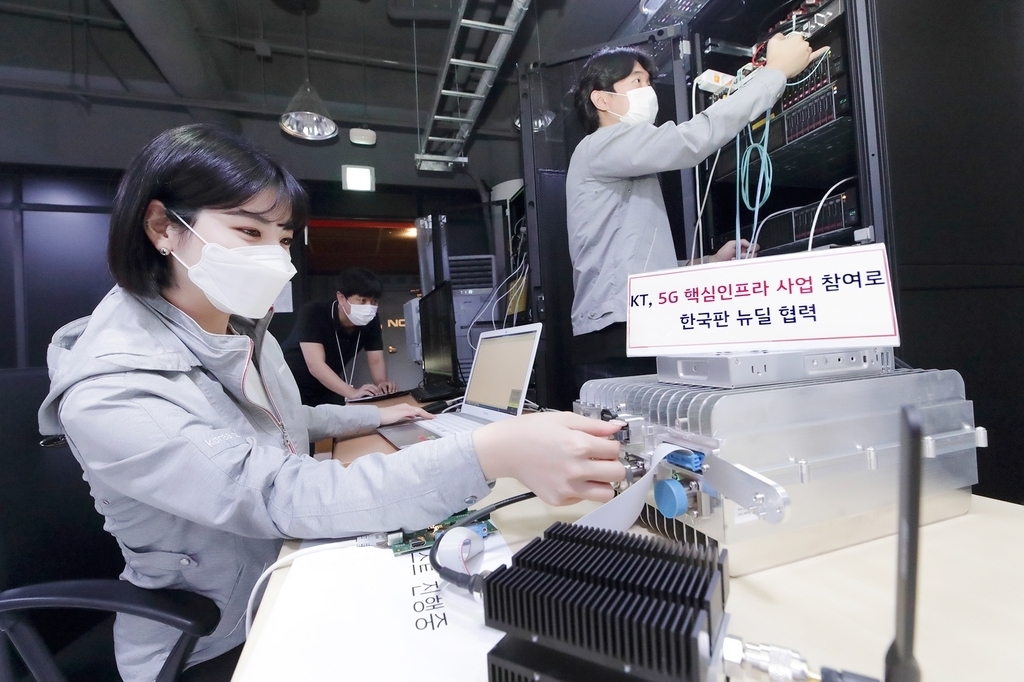 KT's 5G testing sites will be at four locations, including Pangyo and the central city of Daejeon.

The project is expected to be completed by 2023 and would provide access to research versions of the 5G network to test nascent services, such as connected vehicles, drones and smart factories.

The testing sites will be at four locations, including Pangyo and the central city of Daejeon.

Major local telecom operators vowed to spend up to 25.7 trillion won to establish a nationwide 5G network and update network infrastructure by 2022.