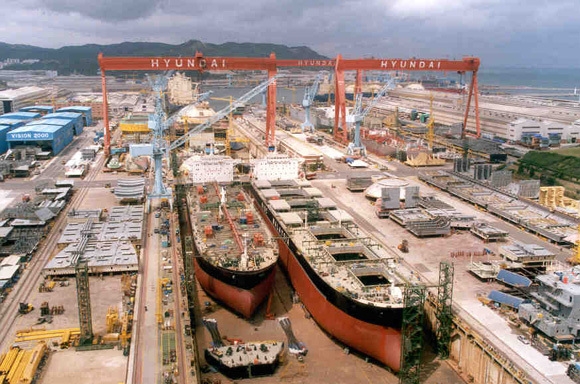 Hyundai Mipo gets deals for 3 ships.

Hyundai Mipo did not provide the PCs' price, but global market researcher Clarkson Research Service made the estimates.

The ferry ship's completion date is November 2022. The deal carries an option for the Hyundai Mipo to build another ferry ship.

On the other hand, Hyundai Samho Heavy Industries Co. will build two LNG carriers for a European company, also for 445.6 billion-won.

The delivery for the LNG vessels is slated in 2023, Korea Shipbuilding said.

Korea Shipbuilding said that its three shipbuilding subsidiaries clinched a combined $2.9 billion in deals from January to July to build 42 ships.

The orders cover 19 percent of their annual targets of $15.7 billion.

Korea Shipbuilding's net profit of 400 million won in the second quarter is way ower than its 201.6 billion won profit a year earlier.