Defence Spending is Going Up Around the World: What's Being Bought? 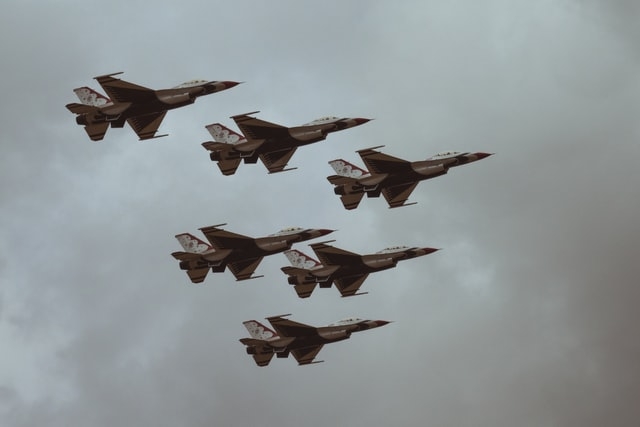 Photo by UX Gun on Unsplash

It was announced recently that Elbit has handed over five swarms of drones to the UK Ministry of Defence for use in their military operations. But the UK isn’t the only country spending money on its military. In fact, budgets for defence are going up around the world. What are these countries and militaries buying? What are the hottest gadgets to hit the battlefield? We’re looking at the most impressive tech that militaries just had to have. Read on for all the details.

As mentioned, Elbit has offered the UK Ministry of Defence five swarms of drones for their use, which is bound to aid in military operations. Drones and other unmanned vehicles are hugely beneficial in gaining information about any given situation. Drones will fly overhead and scope out an area, finding who the military is looking for with infrared and night vision, mapping out an area for exits or hiding places, and offering lots of other information about the situation unfolding without the need for soldiers to physically getting in the middle of it.

To really feel like a pilot from Star Wars, there are helmet-mounted displays hitting the military market. Displays on a jet's windscreen, as part of a tank’s interior, or otherwise incorporated into other military vehicles is nothing new, and neither is the idea of wearables. Soldiers are already known to have military-exclusive tablets mounted on their arms, consistently feeding them information and allowing them control of gadgets like bomb disposal robots and drones.

But helmet displays are the next step. These helmets offer more than a bit of shade in the sun. They offer information, like extra aiming systems, pilot monitoring, mapping of geographical areas with tactical mission data and more.

Cyber intelligence is a big, and growing, aspect of the military. If James Bond was actually about spies today, we’d probably have an entire franchise of a hoodie-cladded spy sitting behind a computer, perhaps with a lifetime supply of energy drinks nearby.

So much of our lives are on the internet, stored in clouds, or otherwise contained inside a connected machine, and enemies know this. Cyber intelligence is being developed looking to monitor, intercept, investigate and otherwise manage knowledge that comes in. Meanwhile, cyber defence systems are consistently being developed and updated to counteract those who would try and access our intelligence caches.

And just to make things even more interesting, a lot of military budgets are being spent on space endeavours. Mainly for the sake of surveillance and security, there are a number of cameras being sold in order to be fitted into surveillance satellites.

These cameras would make you worried about sorting that wedgie in public. Depending on the function of the camera, the high-resolution cameras offer real-time footage of broad geographical areas, observation of Earth as a planet, or mapping for the sake of the military or civilian applications. Some have remote sensing, others have remote sensing, and others have a massive range of features that will assure you that we are living in the space age.