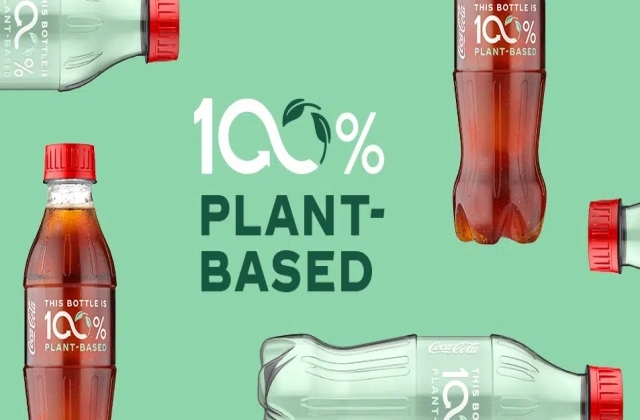 Coca-Cola is also getting into the plant-based trend, and just like the others, the beverage company is doing this for sustainability and to help protect the environment. To make the vegan bottles happen, it teamed up with Tech Partners to make a prototype made from 100% plant-based sources.

Moreover, as the world advances, more and more companies are also producing their products using plants. They are all striving to reduce the use of plastics that have already been proven to harm the surroundings since they do not decompose and just create a mountain of garbage.

With Coca-Cola’s efforts, it was reported that it has made and brought the very first plastic bottle that was made from 100% plastic material to the consumers. The technology that was used to process the eco-friendly bottles is said to be ready for further advancement.

The Atlanta, Georgia headquartered beverage producer’s new plant-based bottle was unveiled after more than five years since it first introduced its bio-based “PlantBottle” at the Milan Expo in 2015. This is a type of recyclable PET bottle that is made from up to 30% plant-based sources and the remaining 70% was made from terephthalic acid (PTA) that was sourced from oil-based materials.

The company’s newly-launched 100% prototype plant-based container is made from plant-based paraxylene (bPX). The bPX for this Coca-Cola bottle was produced using sugar from corn.

“We have been working with technology partners for many years to develop the right technologies to create a bottle with 100% plant-based content, aiming for the lowest possible carbon footprint,” The Coca-Cola Company chief technical and innovation officer, Nancy Quan, said in a blog post. “It’s exciting that we have reached a point where these technologies exist and can be scaled by participants in the value chain.”

Finally, Dana Breed, the firm’s global R&D director for packaging and sustainability, said that Coca-Cola’s goal is to develop sustainable solutions for the whole business. She said that they would like other companies to join them in this endeavor and move forward together.

“We do not see renewable or recycled content as areas where we want a competitive advantage,” Breed explained.