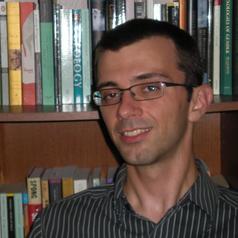 The idea of a basic income for every person has been popping up regularly in recent years.

Economists, think tanks, activists and politicians from different stripes have toyed with the idea of governments giving every citizen or resident a minimum income off which to live. This cash transfer could either replace or supplement existing welfare payments.

Pilot projects and feasibility studies have been run or are under way in the Netherlands, India, Canada, Finland, France and elsewhere.

Even in the U.S., the idea finds support. Alaska, for example, already divides its oil revenues among its residents.

Most arguments in favor or against basic income have focused on its feasibility, simplicity, promotion of personal independence or effectiveness at reaching those who fall through the cracks of the welfare state.

However, the most important advantage of basic income may not be in its practical application but rather in how it could change the way we think and talk about poverty and inequality.

Benefits of a basic income

Giving every resident an unconditional grant, regardless of whether you are a billionaire or destitute, is a significant departure from our existing welfare state. The latter offers only limited and conditional support when working is not an option.

Support for a basic income comes from very disparate political and ideological circles.

Some libertarians like basic income because it promises a leaner state without a large bureaucracy checking people’s eligibility and policing their behavior. Others see it as enabling entrepreneurialism – the poor helping themselves.

On the left, many see basic income as an opportunity to plug numerous holes in the social safety net or even to free people from “wage slavery.” For feminists, basic income is a successor to the old demand for wages for housework.

Pilot projects suggest that simply giving money to the poor could successfully tackle poverty. In Namibia, poverty, crime and unemployment went down, as school attendance went up. In India, basic income recipients were more likely to start small businesses.

Jobs are no longer sole answer to poverty

When discussing inequality, we usually focus on employment and production. Yet, much of the world’s population has no realistic prospects of employment, and we already produce more than what is sustainable.

Basic income, however, separates survival from employment or production.

Our current answers to poverty and inequality stem from Fordism, the New Deal and Social Democracy. They center on wage labor: get more people into jobs, protect them in the workplace, pay better wages and use taxes on wages to fund a limited system of social security and welfare.

It would seem that to get people out of poverty, you have to get them into jobs. Politicians across the spectrum agree. Is there a politician who does not promise more jobs?

In my own research on labor in Africa, however, I have found that wage labor is only a small part of a larger picture.

In most of the Global South, whole generations are growing up without realistic prospects for employment. We cannot develop the world solely by getting people into jobs, encouraging them to start small businesses or teaching them how to farm (as if they didn’t already know). The painful reality is that most people’s labor is no longer needed by increasingly efficient global chains of production.

In economic speak, a large portion of the world’s population is surplus to the needs of capital. They have no land, no resources and no one to whom they can sell their labor.

Thus, to believe that jobs or economic growth is going to address this crisis of global poverty seems naive.

The example of South Africa is telling. In a comparatively rich country where youth unemployment runs at more than 60 percent, pensions, childcare and disability grants are for many households the most important source of income. Yet many slip through the cracks of this limited welfare state.

As a healthy adult male, you stand little chance of either receiving a government benefit or finding decent employment, as economic growth has been largely jobless. For an adult without children, disability is the only access to these crucial grants.

In the early 2000s, a movement emerged in support of a very modest Basic Income Grant (BIG) of 100 rand (less than US$12 in 2002) per month. Significantly, this campaign received the support of the government-appointed Taylor Committee. Its report concluded that a BIG was likely fiscally sustainable and would lift as many as six million people out of poverty. It argued that this result could not be achieved by expanding existing welfare programs. However, the proposal was dismissed by the ANC, which continued to see employment as the only solution to poverty and inequality.

Not surprisingly, basic income campaigns have been prominent in countries with high socioeconomic inequality, like South Africa. These countries have both significant resources and a need for redistribution. In neighboring Namibia, another country with extreme inequality, a similar campaign has received growing support.

Furthermore, as the Club of Rome already realized in 1972, the productivist bias of our usual answers to inequality – grow more, produce more and grow the economy so that people can consume more – is ultimately unsustainable. Surely, in a world already characterized by overproduction and overconsumption, producing and consuming more cannot be the answer. Yet, these seem to be the answers with which we are stuck: grow, grow, grow.

Give a man a fish

To move beyond these defunct politics, we may need to think about distribution rather than production, a point powerfully argued by anthropologist James Ferguson. For Ferguson, giving a man a fish might be more useful than teaching him to fish.

The problem of global inequality is not that we do not produce enough to provide for the world’s population. It is about the distribution of resources. This is why the idea of a basic income is so important: it discards the assumption that in order to get the income you need to survive, you should be employed or at least engaged in productive labor. Assumptions of this kind are untenable when for so many there are no realistic prospects for employment.

This does not mean that basic income is a panacea. There are too many potential problems to list here. Yet, to give just a few examples: those countries whose populations would need it most might be least able to afford such schemes. And, basic income grants that are small enough to be politically acceptable may actually further impoverish the poorest if basic income replaces other grants.

Moreover, if people get money merely because they are citizens or residents of a country – shareholders in the wealth of that country – these claims become very susceptible to nationalist and xenophobic exclusion. Indeed, during recurrent episodes of xenophobic violence in South Africa, many explained their dislike of foreigners by accusing them of receiving welfare grants and public housing that should be going to South Africans.

Despite these problems, it is important to start experimenting with alternatives and to start thinking about distribution rather than production. After all, the welfare system that we have now also resulted from longstanding debates, experiments that were once considered unrealistic, ad hoc improvements and partial victories.

Ralph Callebert does not work for, consult, own shares in or receive funding from any company or organization that would benefit from this article, and has disclosed no relevant affiliations beyond the academic appointment above.