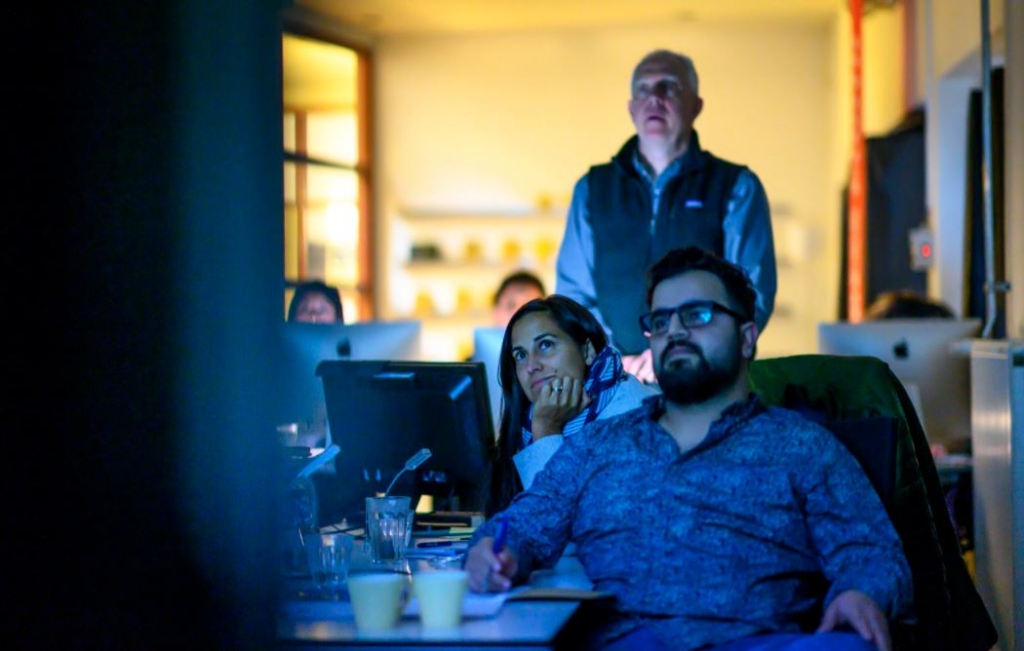 Visual storytelling is an exciting affair, but it may not enthuse many at a terror-hit place like Iraq. Ahmed Najm, who heads the pioneering photo agency Metrography in the region, continues to break stereotypes by training 15 female photojournalists to explore the new local stories.

Though many doubt the endurance of photojournalism, nothing can rob the belief that a picture is worth a thousand words. When it comes to Iraq, which pampers a conservative society and struggles to exit the recently eradicated ISIS-induced terrorism, there’s a lot that requires representation through a medium like pictures. Simultaneously, the concerns like maintaining the right decorum and being safe amidst the customary disorders hitting the country are what journalists need to address. Ahmed Najm contributes significantly in this direction.

The gifted managing director of Metrography Agency, Iraq’s first and the only photo agency, pushes the envelope by bringing young and aspiring female photojournalists to the scene. To make this difficult-appearing task possible, Ahmed supports and trains the fresh talents for not just the required skills to capture those perfect shots. His training also covers how to be confident, sane, and safe while approaching the locals and the locales.

Tragedy struck Ahmed and his family when his elder brother Kamaran Najm was kidnapped in 2014 by the ISIS fighters. A renowned photographer, editor, and journalist of international stature and founder of Metrography, Kamaran set the wheel rolling for visual storytelling amidst all the turmoil the region was going through. Though he would never see his brother again, Ahmed has stepped into his brother’s shoes and is effectively taking his dreams further.

He says, “One thing that I learned from that incident was that there exists a lack of connection between the media and the security personnel. It was also unfortunate that the chances of bringing him back fainted due to ineffective communication between an Army commander and his kidnappers. So, what I attempt to do is a train, not just the journalists, but also those belonging to police and armed forces. After all, the aim of a responsible journalist aims not only to deliver an engaging story through photos.

Starting in 2017, Metrography Agency extends its focus on the willing female photographers to play a vital role in bringing out the best of the stories. Ahmed acknowledges that a significant aspect of Iraq’s society remains hidden due to the traditional and cultural limits. “At times, it is difficult for female photographers to access stories that otherwise need to be told to the world. To bridge the gap, we are determined to establish a network of their female counterparts across the region. Training 15 of them is just a beginning, and we expect to add more numbers in the future,” concludes Ahmed.

Having published for many international outlets like The Times of London and The Washington Post and with growing acclaim, Ahmed Najm keeps getting healthy as a visual storyteller. You can find more of him through his Instagram and Twitter profiles.