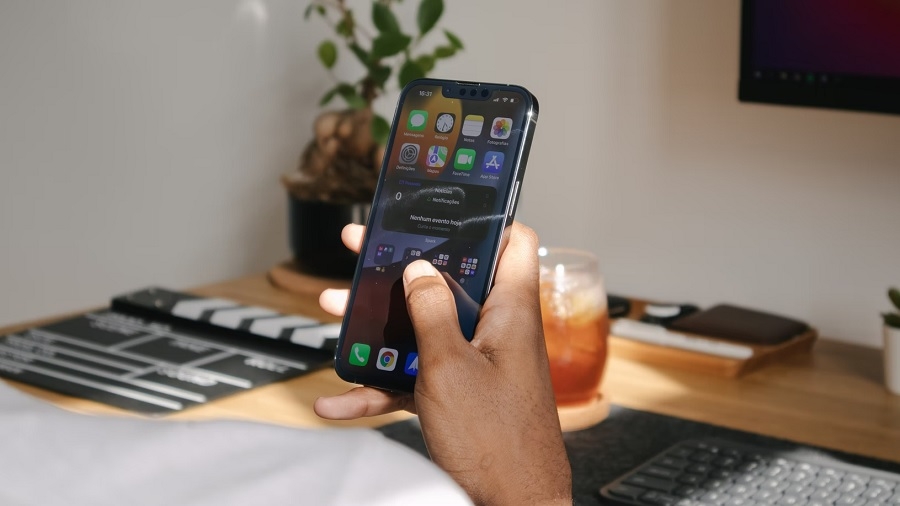 Another well-known leaker has agreed with previous reports that the iPhone 14 Pro will not feature a notch. The phone model is expected to exchange that for a hole-punch cutout that could be in a different shape than anticipated.

When reports started to surface that the iPhone 14 Pro’s front-facing camera will be placed in a hole-punch cutout, most tech fans may have pictured something similar to Samsung Galaxy phones. However, new information from leaker DylanDKT suggests a different design for the upcoming Apple device.

DylanDKT tweeted on Thursday to corroborate the reports on the design changes for the iPhone 14 Pro models. One Twitter user asked if it was going to be a typical hole-punch or if it would be a pill-shaped cutout, and the leaker replied it would be the latter.

A pill-shaped hole is not uncommon for a notch-less phone, and it also makes sense for the iPhone 14 Pro. One of the likely reasons it took a while for Apple to make the iPhone notch smaller is because the notch (introduced in iPhone X) houses several other sensors, aside from the selfie camera.

As for the iPhone 14 Pro, though, Apple will reportedly hide the Face ID sensors and hardware under the display to make the hole-punch design happen. “As a reassurance to any concerns, the functionality of these sensors have not been negatively affected by this change,” DylanDKT added.

The iPhone 14 Pro models were previously rumored to feature both Face ID and Touch ID functions. However, analyst Ming-Chi Kuo updated his predictions last year to say that Apple’s first iPhone with an under-display fingerprint sensor might not arrive anytime before 2023.

Photo by Nubelson Fernandes on Unsplash