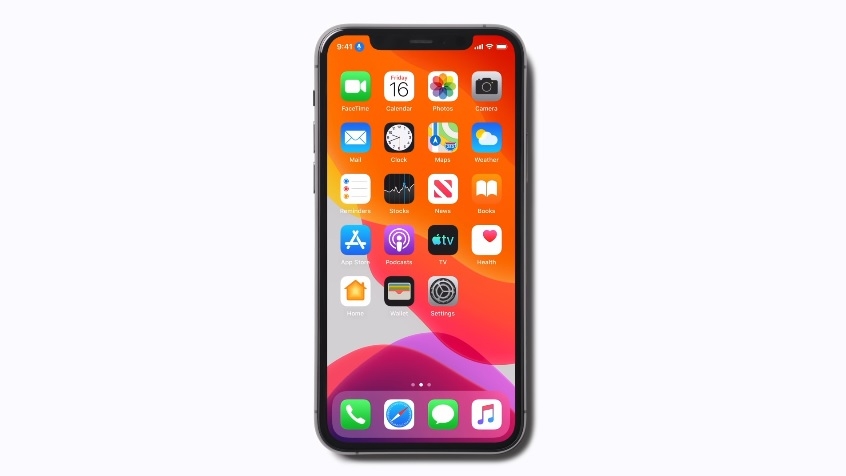 The iOS 14 update is only a few months away from being unveiled, so it is not surprising that alleged leak codes have started to make headlines. Recently, a report claimed that an iOS 14 code was containing a supposed iPhone 12 icon that shows no display notch.

It can be argued that the launch of the iPhone X in 2017 was what propelled the display notch as a design trend in the smartphone market. However, other major tech companies now seem to have gotten over it already as they start favoring hole-punch selfie cameras in newer devices. If a supposed iOS 14 leak is to be believed, Apple could also be joining this new fad.

Svetapple.sk claims to have a source close to Apple that provided an iOS 14 code where the no-display notch iPhone 12 icon was reportedly spotted. The same report included the illustration that suggests the upcoming device will have a rather thick bezel on all sides. The same report offers the possibility for the front camera and other sensors for the Face ID to be hidden in the upper bezel.

This is an interesting iOS 14 rumor and might even get the support of some people awaiting the announcement of the iPhone 12. However, tech fans might want to take this report with a large pinch of salt considering bits of information from other leakers.

For one, Front Page Tech's Jon Prosser reported earlier this week that Apple has yet to finalize the iPhone 12 prototype. This means that the company has also not decided yet on the design of the upcoming smartphone.

What fans can count on for sure is that the iOS 14 is very likely getting announced in June. Apple already confirmed that the Worldwide Developers Conference will push through in the said month, but will only be held through a livestream program. With its announcement timeline undisrupted, the final version of iOS 14 can also be expected to go live in fall.