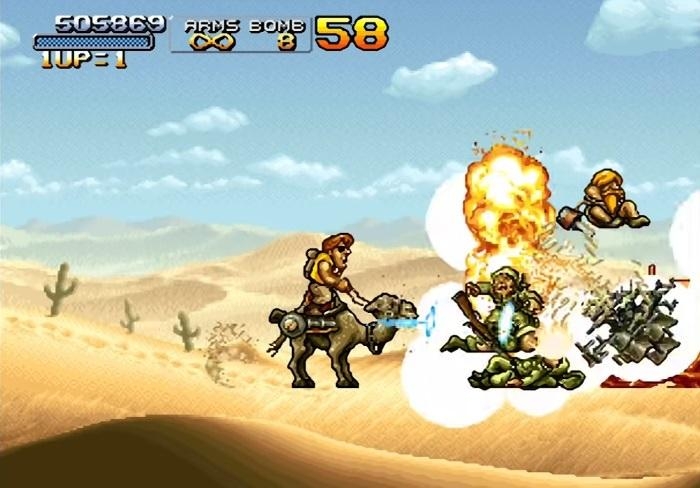 Microsoft announced the list of free titles included in the Xbox Games with Gold promo next month. Fans might easily recognize one of the four games, “Metal Slug 3,” that will be accessible as soon as the month begins.

“Metal Slug 3” was part of SNK’s popular run and gun video game series that originally came out in 2000. The game was eventually ported to the first Xbox in 2000 and Xbox One in 2017.

Next month, players who have yet to play the classic title will have a chance to try it with no strings attached if they qualify for the Xbox Games with Gold promo. Fans will have access to the staple Metal Slug arsenal of weapons and vehicles. “Metal Slug 3” will be accessible for free from March 1-15.

The Xbox Games with Gold March list also includes the online tactical shooter game “Warface: Breakout” accessible from March 1-30. The inclusion of the PvP-focused title happens alongside the release of a cosmetic pack with new weapons, skins, and gears. An in-game event for the team deathmatch mode will also run from March 8-22.

From March 16-31, Xbox Games with Gold will feature “Port Royale 3.” The business simulation game is set in the 17th century allowing gamers to choose to play as a trader or an adventurer and conquer the New World.

The co-op game “Vicious Attack Llama Apocalypse” will also be accessible from March 16 until April 15 through Games with Gold. It will show llamas, creatures often viewed as adorable, in a different light as they act as an apocalyptic horde controlled by “The Llamanati.”

Xbox Games with Gold: Who can access the freebies

Games with Gold is a monthly promo exclusively accessible through the Xbox Live Gold subscription, which costs $9.99 for a monthly plan. Microsoft also offers a quarterly plan for $24.99, a six-month membership for $39.99, and an annual subscription for $59.99. Last month, Microsoft announced a supposed price increase for some of the Xbox Live Gold tiers. But the company ultimately canceled following a backlash from fans.

Meanwhile, Xbox Game Pass Ultimate ($14.99/month) also comes with a free monthly subscription to Xbox Live Gold. That means people with access to it can also play the free games included in the monthly Games with Gold freebies.