FIFA's mirage of unity: why the World Cup is a vessel for political protest

Why a drop in unemployment doesn't add up – literally 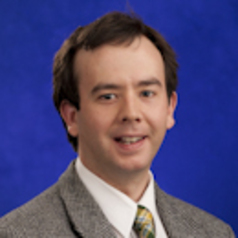 Unemployment has decreased, according to the latest figures. Here is a question: if the unemployment rate drops, is everyone happy?

Suppose that, in a very small country, 380 people are either working or would like to work (this group is the labour force), and suppose 38 of these are unemployed. The unemployment rate is 38 out of 380, or 10%: that is the ratio of the unemployed to the labour force. Here are two scenarios.

Scenario 1: suppose that 19 of the unemployed instantly obtain jobs. Now the unemployment rate drops to 19 out of 380 or 5%.

Scenario 2: suppose that 20 of the unemployed stop seeking work. This removes them from the labour force. The unemployment rate is now 18 out of 360, or 5%.

The Australian Bureau of Statistics (ABS) considers several versions of the unemployment rate. Let’s focus on the one being reported the most: the seasonally adjusted figures.

However, the ABS' Labour Force Survey, a very robust gathering of statistical information, covers about 0.32% of Australian workers. Since there is a chance that the survey may have covered particularly high or low areas of unemployment, the ABS issues a “margin of error” with its unemployment figures. That is, the quoted unemployment figures could be slightly too high or slightly too small.

There is therefore a murky middle ground when the margins of error are comparable to the “drop” in the rate. It is lazy to say “the drop falls within the margin of error, hence we can’t say anything”. What I propose below is a way of measuring the chance that the unemployment rate has actually fallen.

The example of the January/February figures should serve as an extra bulwark against rapidly embracing changes in the unemployment rate. Not only could the rate have gone down for the wrong reasons, but there is a good chance (one-in-seven) that the rate went up.