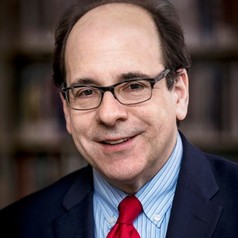 On the surface, the well-being of the American worker seems rosy.
Unemployment in the U.S. hovers near a 50-year low, and employers describe growing shortages of workers in a wide array of fields.

But looking beyond the numbers tells a different story. My new book, “The Importance of Work in an Age of Uncertainty,” reveals that some Americans are experiencing an erosion in the world of work that is hurting their well-being, relationships and hopes for the future.

We can’t simply blame the rise of the gig economy. It’s also a result of a growing impermanence in the U.S. economy, with more short-term jobs that lack security and decent benefits. At the same time, worker wages continue to stagnate, which underscores the breadth of the problem.

Beyond the numbers, a complex reality

The unemployment rate, which at 3.7% is about the lowest since 1969, is the usual metric economists and others use to understand the labor market and how workers are faring.

Although statistics like this suggest there’s an abundance of jobs in the American labor market, it tells us nothing about their quality and ignores a more complex reality. Moreover, it fails to account for the growing and disconcerting prevalence of what is called precarious work, or short-term or contract jobs with minimal protections for workers such as less sick time or no health insurance.

The most obvious examples are Uber drivers and TaskRabbit freelancers but also include coders, warehouse workers and many others who are on short-term contracts. According to recent estimates, this type of work now makes up about 11% of all jobs.

While the growth in precarious work is slow, more disconcerting is the fact that 94% of new jobs are short-term.

Along with wages that have barely budged for most Americans in decades, this is creating serious stress for today’s workers.

The erosion of work

To explore the impact of the changing nature of work, a research team I led interviewed 58 workers from a wide range of backgrounds.

We used qualitative research methods and related scholarship to help us interpret the interviews and draw meaningful conclusions.

One of the major takeaways of these interviews and my related work is that people increasingly feel a loss of stability, security and safety in the workforce, which is generating a deep feeling of psychological distress. People feel untethered to both their jobs and communities, which is taking a toll on worker health.

The stories we heard were painful and revealing. Three vignettes in particular stand out.

‘Next thing you know you’re out the door’

For some workers, the first sign of a red slip is showing up to work to find police cars in the parking lot. Police are sometimes called in before mass layoffs to ensure disgruntled employees don’t engage in acts of sabotage or worse.

That was the experience of a 63-year-old white computer programmer we interviewed. He was fired in a mass layoff along with a third of his colleagues at a high-tech company. One moment, he was receiving very positive evaluations. The next, he was on the street.

“When I saw [my manager] standing there I knew that I was next,” he told me. “You get handed a little severance money. You get told your medical plan is good for the next two weeks. You get a box, and the next thing you know you’re out the door.”

After he lost his job, he struggled to find stable work. He drove taxis, served beer at Tampa Bay Buccaneers games and even drove high school kids to school. His perseverance eventually paid off and he was able to train to become a teacher. But the toll of this period of precarious work still resonates powerfully in his family.

Firings of this nature underscore how workers are becoming a commodity – as opposed to a resource for organizations and employers – that represent mere expenses to be reduced to boost profits.

‘A new form of slavery’

Other workers can’t seem to escape the world of precarious work in the first place.

An African American woman in her early 20s said she wasn’t able to go to college – where she could have learned the skills necessary to get ahead in the job market – because she needed to start working right away to support and care for her dying grandmother. So she worked in unstable retail jobs that lacked basic benefits like health care.

After her grandmother passed away, she moved to Boston in hopes of securing a better job in a more vibrant city. But, unable to find a job that matched her skills in caregiving and retail, she was lost her apartment and was forced to stay in a shelter. Her experienced left her bitter about the labor market, which she referred to as a “new form of slavery.”

I interviewed several women from this particular shelter and they each told a similar story, one that has become more common as the less skilled workforce struggles to gain access to stable work.

The fact that the woman used slavery as an analogy for her experience in the work world speaks volumes about the psychological pain these work-related challenges can cause.

A 50-year-old white man at a government-sponsored career services agency told us he felt his best work days were in the rearview mirror.

At the time of the interview, he had a temporary job at the agency but was not optimistic that he would be able to stay beyond his six-month contract. Thinking back on his first job out of college repairing computers, he recalled the joy of being with people who valued each other and their common mission. But that was gone.

His current unstable work life left him bereft of those connections and friends, and without a sense of purpose.

“I no longer expect work to fulfill my needs anymore,” he said. “A job is a job.”