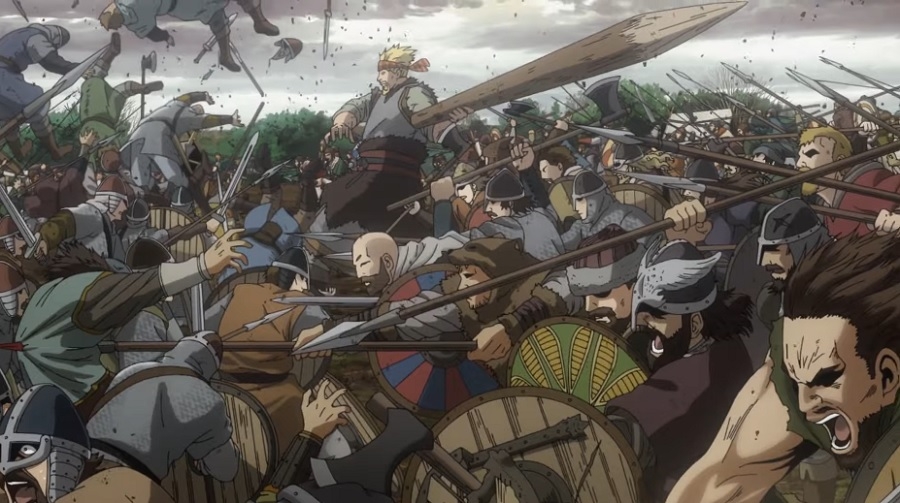 The broadcast of “Vinland Saga” episode 10 was suddenly delayed for a week, but the wait will be worth it based on the anticipated events in this installment. The preview suggests that Thorfinn is going to meet Thorkell again who will deliver a piece of interesting news. This may also be the time when Thorfinn saves Prince Canute from his captors.

“Vinland Saga” episode 10 picks up from the events of the battle of London bridge where forces of Denmark lost to the English allies led by Thorkell. As a result, Prince Canute and Ragnar were taken captive.

Askeladd sees this as an opportunity to gain leverage over the royals, so instead of regrouping with the Danish forces, his men will go after Canute in “Vinland Saga” episode 10. Askeladd is wise enough to know they cannot match the power of Thorkell’s men, but another group of Danish soldiers does not realize that.

Once the brief scuffle between Thorkell’s men and some Danish soldiers ends terribly for the latter, Askeladd sets the forest on fire blinding Thorkell’s group. Thorfinn swoops in to guide Canute and Ragnar to safety and meeting Thorkell in the process.

Thorkell is not hell-bent on bringing Canute to the English troops. Thorkell is even more excited upon meeting Thorfinn again in “Vinland Saga” episode 10. It can be recalled that Thorkell and Thorfinn met in episode 9 where they fought in a duel. The young warrior was no match for Thorkell’s sheer physical strength but still managed to cut off his two fingers. Thorkell was surprised when the boy mentioned he is the son of Thors.

‘Vinland Saga’ episode 10 release date: Why this episode was delayed

This episode, titled “Ragnarok,” was supposed to air last week. But its broadcast was postponed for a week to give way for the news coverage of the typhoon that recently hit Japan. “Vinland Saga” episode 10 is now slated to air on Sunday, Sept. 15 and will also stream on Amazon Prime Video.