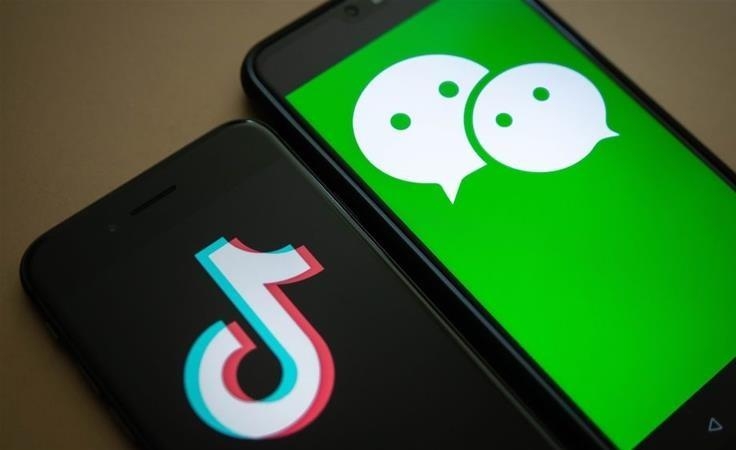 The US ordered the shutting down WeChat in the US while banning TikTok from the country's app stores beginning Sunday.

China accused the US of ”bullying” and threatened to take unspecified countermeasures after a US Department of Commerce order shutting down WeChat in the US while banning TikTok from the country's app stores beginning Sunday.

China said it had launched an “unreliable entities list” mechanism enabling it to restrict foreign entities whose activities harm its "national sovereignty, security, and development interests” or violate internationally-accepted rules on trade and economy.

The announcement came a day after the US order against TikTok and WeChat.

Americans will still be able to use TikTok until 12 November, when it could also be fully banned.

The planned partnership between Oracle and TikTok owner ByteDance may prevent the app from being banned if approved by President Trump, who is expected to review it before the Sunday deadline.

The Trump administration says the companies threaten national security and could pass user data to China.

But China and both companies deny this.

TikTok said it was "disappointed" in the order after already committing to unprecedented levels of additional transparency due to the Trump administration's concerns.

The Department of Commerce gave US businesses 45 days to stop working with either Chinese company.

US Department of Commerce Secretary Wilbur Ross said that the order is meant to protect American citizens' data that are being maliciously collected by China.

The department said the data collected by the apps included browsing and search histories, network activity, and location data.

For years, China has blocked or restricted US tech companies, including Facebook, Twitter, and Google, from operating in its market.