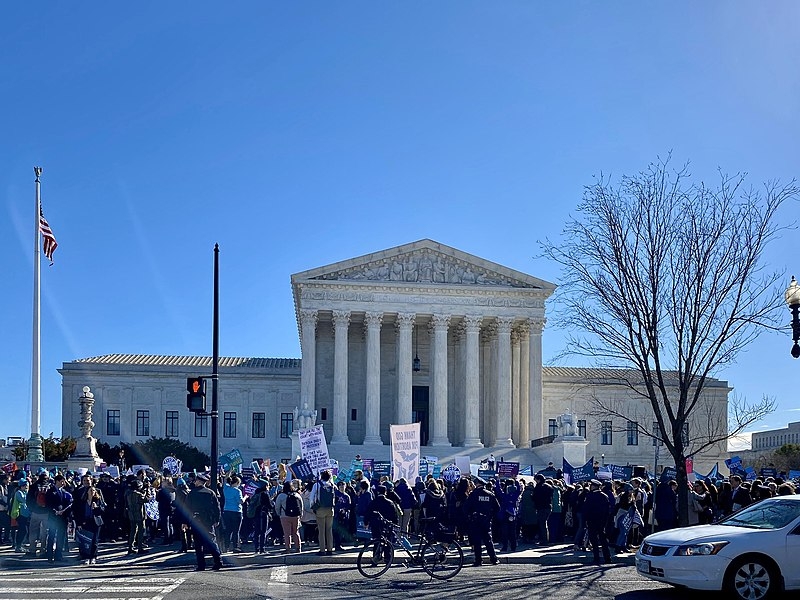 Analysts have long anticipated that the conservative-majority Supreme Court may attempt to strike down the landmark Roe v. Wade ruling on abortion rights in the country. The leaked draft majority opinion drew public outrage from lawmakers and the public.

Politico obtained a draft majority opinion by Supreme Court Justice Samuel Alito, voting to strike down Roe v. Wade, which would protect the woman’s right to terminate her pregnancy. The court confirmed the authenticity of the opinion, while Supreme Court Chief Justice John Roberts pledged to investigate how the opinion was leaked to the press. While the opinion is authentic, it does not represent the final decision that will be released by the end of June.

This led pro-choice Americans as well as so-called pro-life Americans to gather outside the Supreme Court in Washington. Should the ruling be struck down, Republicans and religious conservatives would gain the victory they have sought for decades.

President Joe Biden criticized the move as “radical” and noted that such a decision would also have repercussions on other rulings such as same-sex marriage that was recognized by the Supreme Court back in 2015.

Biden then pledged to work towards getting Congress to pass legislation that would codify Roe v. Wade ruling and urged voters to back pro-choice candidates in the upcoming midterm elections this year. Senate Majority Leader Chuck Schumer also said the Senate would be voting next week on such legislation.

To note, nearly two-thirds of the American public is likely to vote for candidates who support abortion, according to a poll by Reuters/Ipsos Tuesday.

“The Republicans have been working toward this day for decades. They have been out there plotting, carefully cultivating these Supreme Court Justices so they could have a majority on the bench who would accomplish something that the majority of Americans do not want,” said Warren, who also called to codify Roe v. Wade as the law of the land.