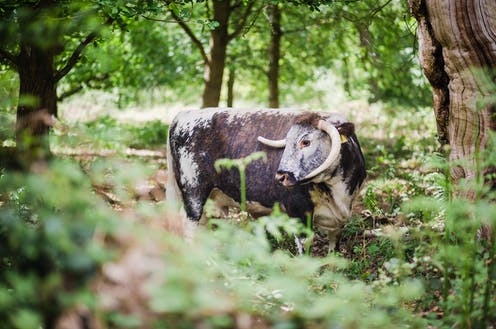 Grazing cattle in wood pastures could be a win-win for food growers and the environment. Graham Durham/Unsplash, CC BY-SA 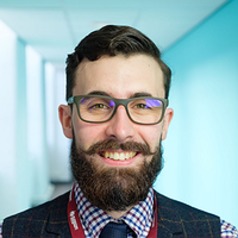 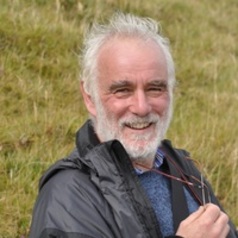 By Philippe B. Wilson, Stephen Hall1

Trees for storing carbon, grazing for livestock, improved animal welfare and sustainable rural economies – how can we satisfy all these aspirations for the British countryside? As the UK prepares to leave the EU’s Common Agricultural Policy (often called the CAP), we’re presented with a once-in-a-generation opportunity to do just that.

How the UK manages its land will be critical to reaching net zero carbon emissions by 2050 or earlier. A recent study found that greenhouse gas emissions from agriculture – including methane from livestock and nitrogen dioxide from fertilisers – are enough on their own to push global warming beyond 1.5°C. Since 70% of England is occupied by farming, how we grow food and the way we manage the rest of the land is very important in the effort to slow climate change.

The new Agriculture Act and Environmental Land Management Scheme is the UK government’s interpretation of environmentally sustainable farming. Rather than offering subsidies based on how much farmland someone manages, the new legislation offers farmers and landowners public money for public goods. That means, in theory, there’ll be a financial incentive for farmers to reserve land for wildlife.

The Environmental Land Management scheme will be responsible for delivering these public goods. But with so little published on how it might work, some worry that a rush to protect land for nature could undermine food growing in the UK and leave us more dependent on produce shipped from abroad.

These concerns are based on a false choice though. Biodiversity and agriculture should not be opposed – they can actually work together very well.

Should we reward landowners for reserving land for nature? We run the risk of paying farmers just for existing. The CAP made a similar mistake by issuing subsidies based on how much land a farmer tended, which disproportionately benefited wealthier landowners and created an entry barrier for younger farmers by pushing up land prices.

A more sustainable – one might add, more respectful – approach would be to pay farmers for providing services which society acknowledges as valuable.

Let’s consider the production of pasture-fed beef. Economically, this is not possible in Britain without some degree of subsidy. But let’s imagine instead grazing cows in woodland rather than a field. In this wood pasture system (also known as a “silvopastoral system”), if the carbon stored by trees and undisturbed soil is actually paid for by the government, at realistic numbers of trees and of cattle, the cash value of that carbon will roughly equal the amount currently paid in production subsidy. So farmers would be paid for a service rendered.

Though less easily quantified, grazing cattle in regenerating woodland – with all the space and opportunities to exercise natural behaviour that provides – would offer a big improvement for the welfare of livestock. Some of our rarest and most endangered breeds of livestock could be used to successfully manage this land – native Tamworth pigs, for example. 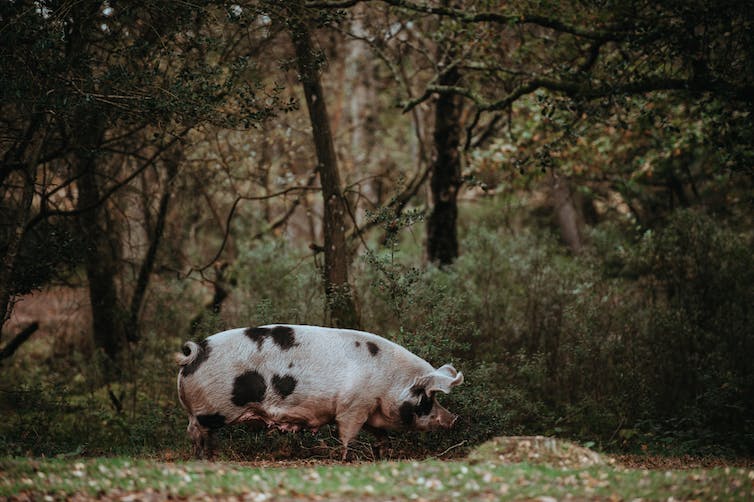 Pigs can be reared in woodland, where they forage for food naturally. Annie Spratt/Unsplash, CC BY-SA

Much of the UK’s wild flora and fauna depends on pastoral landscapes – the rolling fields, hedgerows and woodland patches that typify the modern British countryside. Grazing more livestock among trees rather than empty fields would provide the grassland and tree shading that many of these native species need.

The tradition in British agricultural policy, which was amplified by the CAP, was to separate forestry and farming in completely different departments. But just as public money helps subsidise British produce, trees offer a big return on public investment by providing people with clean air and water, and offering habitat for the native wildlife species we love.

Dexter cattle are a livestock breed native to the UK. Author provided

Land use needn’t be a binary choice between rewilding or growing food on relatively unproductive land. Agricultural models that allow both processes to thrive at once are likely to be more resilient. It’s also important that the government understands how to match particular models of land use with different environments, to support the most productive farmland while maximising the environmental benefits of using the land elsewhere. This concept should inform the development of the government’s scheme.

This would help create a situation in which UK agricultural policy takes the best from the old – such as the CAP’s format of subsidising farmers for particular outcomes – and combining it with the new – rearing livestock within the native ecology – to achieve a real shift in the way land and farming are managed. The future is bright and, indeed, green, if these ideas and incentives can be brought to fruition.