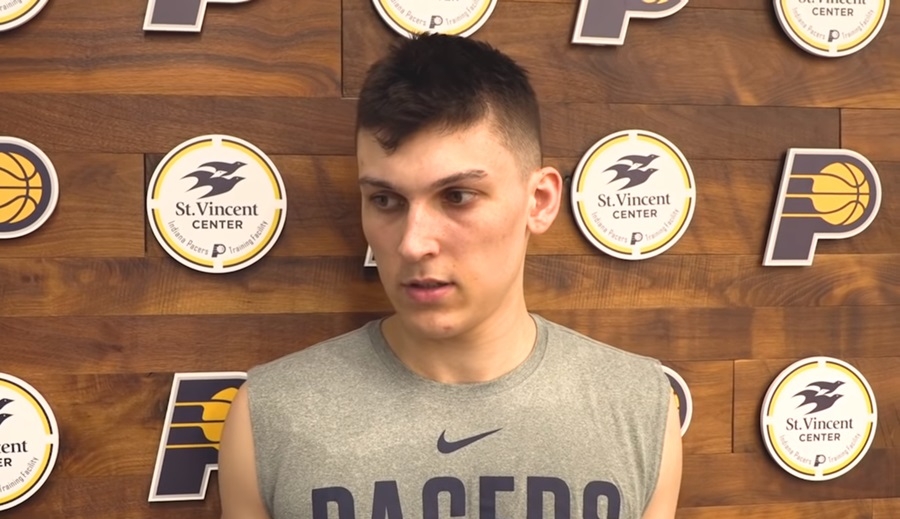 Photo via Screenshot of Indiana Pacers/Youtube

This year’s draft is undoubtedly full of talent with While Zion Williamson standing atop the entire class. However, the 18-year-old said that there is one player among their group who went under the radar during the rather boisterous draft, and he’s not even in the top 10. The player in question is Tyler Herro who recently joined the roster of the Miami Heat.

During his one-year stint in Kentucky, the 19-year-old averaged 14.0 points, 4.5 rebounds and 2,5 assists per game. Depending on how well he adjusts with the Heat, Tyler Herro can potentially be a scoring option for the team coming off the bench, Heat Nation reported.

Aside from Williamson, Heat point guard Justise Winslow also sees a bright future for their new teammate. While Winslow praised Tyler Herro’s overall game, he highlighted that the 19-year-old’s grit is what makes him truly stand out. See his full comments here.

Kevin Durant has also analyzed Tyler Herro’s overall skillset and was impressed with what he’d seen. In this Youtube clip starting at the 4:33 mark, the Warriors superstar pegged Herro as a point guard from the get-go. He acknowledged that the rookie has a well-rounded game, noticing his dribbling, passing, and scoring ability.

For that comment coming from one of the best players in the league, Tyler Herro appears to be a great pickup for the Heat. Williamson previously said that he always felt that Herro is a player who flies under the radar, perhaps on account that he isn’t flashy when he’s on the court.

“Tyler [Herro] is probably the most underrated player in our class. He’s a very smooth and skilled scorer, I feel like he goes unnoticed sometimes,” Williamson said before Duke faced Kentucky last year. With Winslow taking an immediate liking to Herro, and with Herro poised to provide help in the point guard position, it would be interesting to see how this team up will evolve in the years to come.