‘The Winds of Winter’: George RR Martin admitted he slowed down writing ‘TWOW’; End of ‘Game of Thrones’ didn’t help him to fast-track 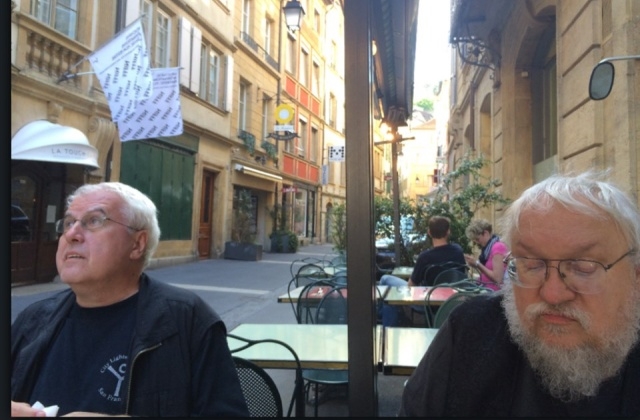 “The Winds of Winter” has been delayed for almost eight years and George RR Martin sometimes regrets that he did not finish the book as scheduled. He said that he could have published the book earlier, but due to various reasons, he was unable to.

He also once said that he wishes that he would be able to stay ahead and finish “The Winds of Winter” and “A Dream of Spring” before the HBO series “Game of Thrones” concludes but he failed to do so. The drama series ended a few months ago while “TWOW,” the sixth book in Martin’s “A Song of Ice and Fire” novel series has yet to be released.

George RR Martin said that he realized that the end of “Game of Thrones” is actually good for him as there is no pressure anymore to catch up with its story. In his interview with The Guardian, he described the feeling as “freeing.”

"There were a couple of years where, if I could have finished the book, I could have stayed ahead of the show for another couple of years and the stress was enormous," Martin said. “I need more hours in the day and more days in the week and more months in the year because the time does seem to go very fast.”

The author added that rather than pushing him to finish the book, the “GoT” series actually slowed him down because the pressure to complete the book hurriedly was not very conducive to his working style. Rather than speeding up, he got slower that he would only finish three to four pages on the good days while he should have already written at least 40 pages of “The Winds of Winter.”

Promise of release next year

Meanwhile, George RR Martin made a new promise to release “The Winds of Winter” next year. He told fans that the book that has been delayed for years would finally be out when he attends the WorldCon that will be held in New Zealand. Since this event is happening on July 2020, the guess is that he will publish the book on this day or after this event. Perhaps, he would announce the release of “TWOW” on this same event.