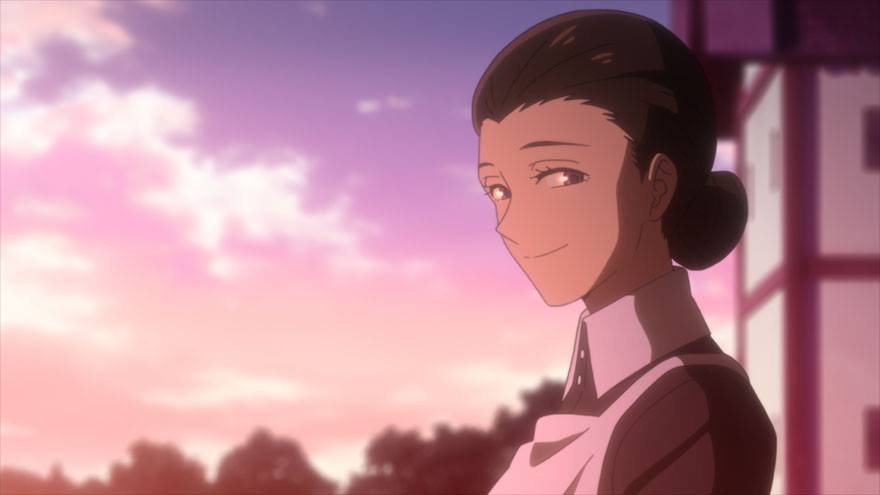 Emma, Ray, and the rest of the kids are expected to finally make their way to the human world in “The Promised Neverland” chapter 178. But what remains uncertain is whether Isabella will survive her injuries and take the journey with them.

She might not show it but Isabella showed just how much she cares for the children in the latest “The Promised Neverland” manga chapter, which can be read on Mangaplus. Everyone was shocked with she used her body to block an attack from the demon who defied the imperial order and tried to eat the children.

The demon even taunted Isabella for her action. “Trying to act like a mother now won’t make up for what you’ve done all this time,” the demon said.

Isabella realized the truth in the demon’s words and even agreed to them. But still, she told the demon that she won’t allow him to harm the children.

The demon revealed that he is one of those who are against the new queen’s decision to abolish the farms and free the children living in them. “I’ll never accept a world without farms!” the demon told Isabella. “I’ll start by eating you first.”

Fortunately, another demon guard intervened and attacked the demon that disobeyed. He was later taken into custody by the guards who are loyal to the imperial court.

Even with her wounds, Isabella’s first question was to ask if the children are unharmed showing just how much she cares for them. “Emma, are you okay?” she asked. “And everyone else… no one is hurt?”

When everyone affirmed that they’re okay, Isabella finally apologized. “Good, I’m sorry,” she simply said. In her mind, however, she was apologizing for her past actions and her plan to leave everything behind and go to the human world.

Emma was having conflicting emotions of her own. She recalled how she used to hate Isabella and viewed her as the enemy but she also remembered how kind Isabella treated them. She finally came to the realization that all the kindness and love Isabella showed them were all genuine, but like them, she can’t escape the system.

“No matter how hard it was, no matter how many times we were betrayed, even if you can’t forgive yourself, to us you are our only mother,” Emma told Isabella.

The statement moved Isabella to tears but she struggled to respond as can no longer move and speak due to the blood loss that she prayed she’ll be given an ounce of strength one last time. “I love all of you,” she said as she finally managed to speak. She also told Ray to take care of everyone before closing her eyes are recalling the happy moments she had with the children.

Isabella’s fate will finally be revealed in “The Promised Neverland” chapter 178. But her chance at survival is slim as her torso was pierced in multiple areas when the demon attacked.

It’s a bit sad if Isabella perishes just as she is about to go back to the human world. It has always been her dream to escape from the farms and leave all the problems of the demon world behind.

The upcoming chapter will also likely feature who the children will take to go back to the human world. Even if they finally make it there, the transition from living in the demon to the human world might take some time getting used to.

“The Promised Neverland” chapter 178 will arrive on May 24. Stay tuned for more updates.