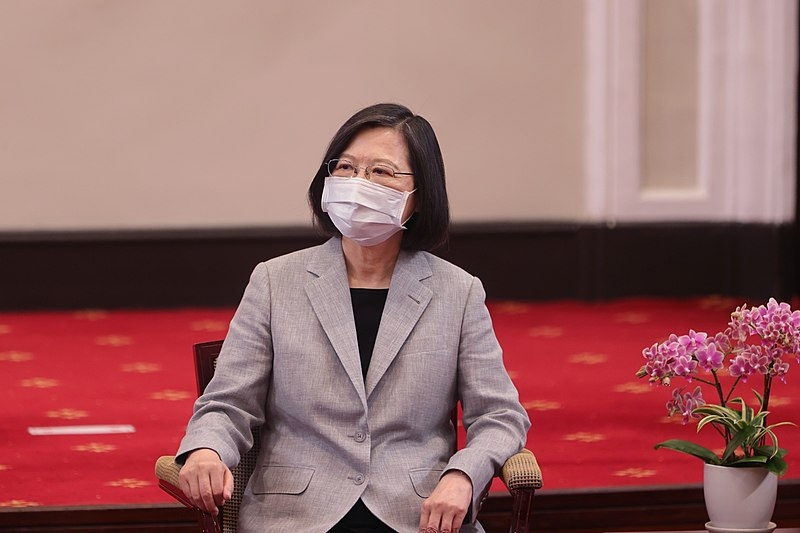 The island nation of Taiwan welcomed another delegation of lawmakers from the United States this week amidst flared tensions with China. Taiwanese President Tsai Ing-wen said the island remains committed to maintaining stability in the Taiwan Strait.

Tsai met with a delegation of US lawmakers Monday, where she said the nation is determined to maintain peace and stability in the Taiwan Strait.

Tsai noted that the military drills China has increasingly carried out around the island, which it claims as its territory, have undermined regional stability and peace. China also claims the Taiwan Strait as its territory.

The delegation of lawmakers from Washington arrived Sunday for a two-day visit, making them the second high-level foreign group to visit Taiwan amidst the military tensions with China. China conducted military drills in response to the visit of US House Speaker Nancy Pelosi early this month.

Democratic Senator Ed Markey led the group made up of four other members of the House of Representatives as part of a larger visit to the Indo-Pacific region. Markey chairs the Senate Foreign Relations East Asia, Pacific, and International Cybersecurity Committee.

“Especially at a time when China is raising tensions in the Taiwan Strait and the region with military exercises, Markey leading a delegation to Taiwan once again demonstrates the United States Congress’ firm support for Taiwan,” the Taiwanese presidential office said in a statement.

Despite the criticism by China over US lawmakers visiting Taiwan, the White House National Security Council said members of the US Congress have visited Taiwan for decades and will continue to do so.

In a rally Saturday for the local elections, Tsai said that they were not just facing rival candidates as they were also facing continued pressure from China.

However, Tsai assured that both the Taiwanese government and the military are prepared to defend the island from a potential invasion. China has not ruled out using military force to take Taiwan.