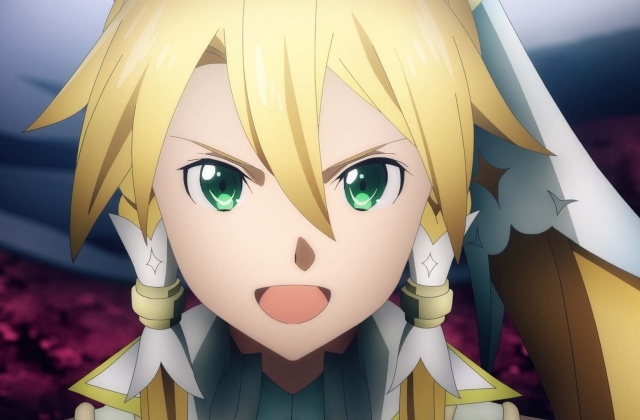 On the other hand, Yui is doing her best to connect to the world when she discovered that the connection is from the old SAO sever. Around this time in the Underworld, Poh continues to provoke Kirito who remains still despite being repeatedly kicked and insulted.

"Sword Art Online: Alicization War Of Underworld" episode 17 showed the appearance of Vassago or Poh. The title of this episode is “Prince of Hell” and obviously referring to the villain.

Poh wants to wake Kirito up so he started to hurt him and call him names like Mr. Black Swordsman. Asuna told Poh to leave Kirito alone but the enemy continued to pick on his unconscious rival.

When he took Kirito’s sword, in his consciousness, Kirito is trying to get his blade back but his body refused to move. Poh then threw the sword far away from its owner

In any case, Yui notices the server is coming back to life while in the Underworld Vassago is about to hack Kirito with his sword. Yuna and Eiji appeared to save Kirito and sadly Eiji died after Vassago chopped off his hands.

In the upcoming "Sword Art Online: Alicization War Of Underworld" episode 18 titled “Memories,” Asuna will face Vassago but she will be overpowered by him. In the preview, the Pince of Hell never stopped attacking Asuna and Kirito until the former can’t stand up anymore.

Kirito was also on the ground now and Asuna called on him. Eugeo was also telling Kirito to wake up and in his mind, Kirito sees Moonlit Black cat and he saw himself back in the real world.

"Sword Art Online: Alicization War Of Underworld" episode 18 showed Kirito finally waking up as calls of help from his friends and Asuna get through him. His sword also lit up which surprised everyone and fans can expect the battle between him and Vassago.

Meanwhile, Vecta is also back in the Underworld under his new avatar called Subtlizer. Sinon tried to stop him from returning but it seems only Kirito will be able to defeat him.

“Sword Art Online: Alicization - War of Underworld” episode 18 is set to be released on Aug. 16, as per Otakukart.