Suri Cruise 2019: Teenager spends time with her mom Katie Holmes after her breakup with Jamie Foxx 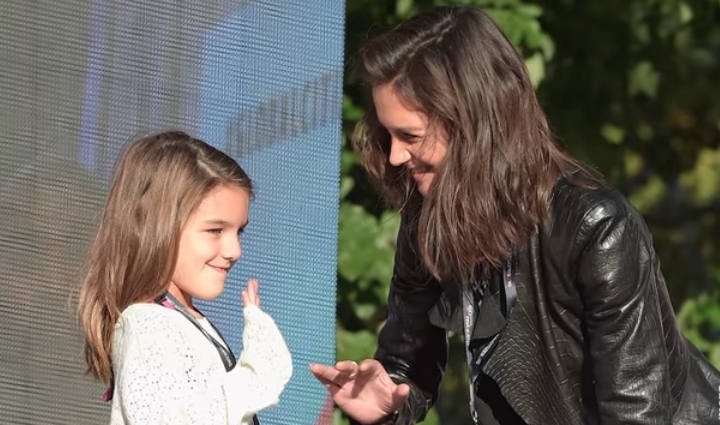 Suri Cruise was spotted spending time with her mom, Katie Holmes, on the same day that the news of her split with Jamie Foxx has emerged. The mother and daughter were seen in the streets of New York and she was walking her dog together with her daughter.

Page Six reported that Holmes looked unaffected by her rumored break up with her longtime beau. It was noted that the “Dawson’s Creek” star was smiling and looking good as she strolls with Suri on Monday. The 13-year-old daughter of Tom Cruise also appears to be in a good mood as she chats with her mom.

Who ended the relationship?

Katie Holmes and Jamie Foxx have reportedly called it quits in May and many were shocked by this news. The couple’s six-year relationship slowly crumbled and it was said that it was the actress who pulled the plug. The cause of the split was not addressed by many are guessing it has something to do with the rumor about the actor being spotted with women in L.A.

Foxx was reportedly spotted with a blonde woman on Aug. 15 and two days later, he was holding hands with another woman who was identified as Sela Vave, a singer. They were spotted outside the Bootsy Bellows nightclub in West Hollywood where they attended Lil Pump’s 19th birthday party.

Foxx defends the woman accused of causing the breakup

The actor steps forward after the news broke out accusing Sela of being a homewrecker. The actor said that he is merely helping Sela with her music career.

"It's a double standard when it comes to women—when it was the guys, everything is cool but when it was the women they try to make it something else but we are going to try to protect our own," Foxx said. "And like I said, I spoke to that girl's mom and she put her trust in me."

Meanwhile, Suri Cruise and Katie Holmes have been regularly photographed together since the summer and this is probably the time when the actress has been contemplating about ending things with Jamie Foxx. Most of the time, the mother and daughter bonds through shopping, dining out and traveling together. Suri might have felt that she needed to cheer up her mom too thus she always sticks to her side.