Suri Cruise 2019: Has Katie Holme’s daughter met her dad Tom Cruise? The truth about their father and daughter relationship 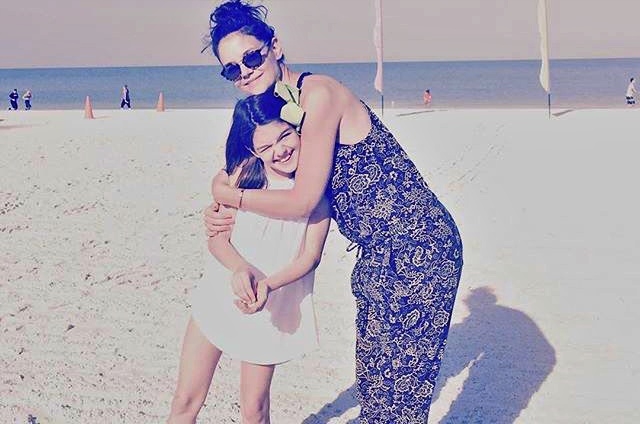 Suri Cruise and her dad Tom Cruise have been estranged since the actor, and Katie Holmes divorced in 2012. This means that they have not seen each other for seven years, but is this true?

Suri packed her bags to meet her dad?

According to New Idea, this is false because the father and daughter have already met each other again, and it was not that long ago. The publication also posted a photo of the Suri as she was leaving the apartment with her luggage in tow. It was said that the 13-year-old was on her way to see her father at that time.

“Suri has made a decision that she wants to spend more time with her dad,” the insider supposedly shared. “Now she’s 13, she’s decided she wants to have more of a relationship with him and has really been pushing her mum to let her see him.”

The other reason why the teener left home

It was mentioned that things at home are not that great so this might have pushed Suri Cruise to decide to meet her dad. Katie Holmes and her boyfriend Jamie Foxx are said to be fighting, and this is stressing out Suri thus she wants to leave.

The truth about the reunion report

Then again, it was said that Holme’s spokesperson denied that Suri and Tom Cruise have reunited. In fact, they don’t even communicate because the actor doesn’t even try to contact his daughter.

Tom and Suri Cruise has no relationship since she and her mom Katie left their home. It is believed that the actor’s religion, which is Scientology, made it harder for the father and daughter to form a bond. It was said that Suri and her dad had been divided because non-Scientology kids are not allowed to communicate with their parents, who are members of the controversial church.

At any rate, while there could be truth in the reports that Tom and Suri Cruise are estranged due to Scientology, there is also a chance that they see each other in private and in secret so it will not create any issue. Whether they have reunited or not, the teener deserves to be cared for and shouldn’t be deprived of his father’s love regardless of the situation.