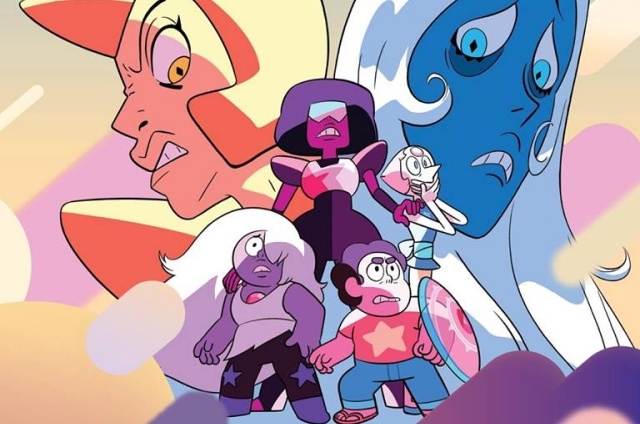 “Steven Universe” season 6 is surely happening. Although Cartoon Network is still quiet about its renewal, its creator, Rebecca Sugar, already explained that the show would not end in the fifth season.

The last installment showed a finale that made the viewers think that it was the last episode in the whole series, but this is not the case as per the executives of the show. They explained that "Change Your Mind" did not suggest an ending but a new beginning for Steven because, with all the lessons he learned after discovering his identity, he matured with the realizations. In any case, here are some details that the viewers can expect from “Steven Universe” season 6.

A new villain was revealed in the movie version’s poster?

The official poster for the “Steven Universe: The Movie” was published on July 9 via social media. In the image, everyone can see the main characters that include Steven (Zach Callison), Amethyst (Michaela Dietz), Garnet (Estelle) and Pearl (Deedee Magno) and all of them are on top of a cliff and smiling.

There is no sign of danger but just a bunch of friends that seem to be happy together. However, what they do not know is that a dark figure is hovering behind them, and it looks like they are in danger. Some observers suggested that this unidentified shadowy figure could be the next villain in the “Steven Universe” season 6.

Identity of the new nemesis

They reasoned that the movie could be introducing this villain and will eventually appear in the sixth season. As per Polygon, this baddie could be Aquamarine because she is the only one who is not in the movie poster with the gang. It explained that it is possible that Aquamarine has merged with someone else’s body so she could be the baddie here.

As mentioned before, Steven will not be a kid anymore in “Steven Universe” season 6. Rebecca Sugar and Ian Jones-Quartey, former show executive, shared in a podcast that the little boy will be very different in the next installment. He will be someone who’s matured and independent who can decide for himself.