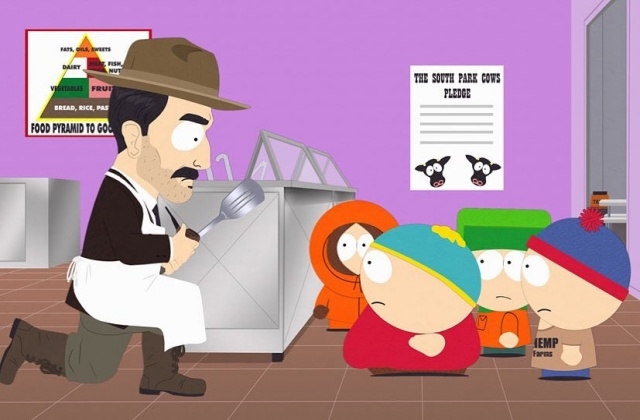 “South Park” season 23 episode 4 will feature the story titled “Let Them Eat Goo.” The plotline is somehow far from the previous episode that tackled the subject about immunization.

The last episode showed the kids in the school cafeteria, and Eric Cartman was trying to convince the other kids that getting immunization is not good. While stating his views on vaccinations, his friends told him that it is normal for kids like them to be vaccinated because they all need it anyway.

But then, Eric is not convinced, and something might have happened why he is so against it. Apparently, the issue that was presented in this episode is about the controversial Dengvaxia vaccine.

It was claimed that this medicine worsens a child’s condition instead of helping them prevent being affected by dengue fever. This chapter also marked the series’ 300th episode, so the producers, staff, and the actors celebrated the occasion with “Shots!!”

As per the press release, “South Park” season 23 episode 24 will be about having a new diet. South Park wants the residents to change their diet and become vegetarians, but many people are not in favor, such as Cartman. In fact, he almost passed out after seeing the new menu in front of him. The official synopsis reads: “The citizens of South Park are moving toward a completely plant-based diet. Cartman is pretty sure the new food in the cafeteria gave him a heart attack in the all-new episode.”

“South Park” season 23 episode 24 will also touch on the issues that Randy and his family are facing. He will sit down everyone and tell them that they are not in good shape because their business is not doing good. Randy will inform them that they are not selling enough weed, and the goods’ sales are slow, so they are having issues with the cost since they can’t pay all the expenses.

In any case, “South Park” season 23 episode 24 will air on Oct. 16 at 10 p.m. on Comedy Central. Fans can view it on South Park Studios and Hulu the next day after the episode airs. This means it will be available on Oct. 17 via streaming.