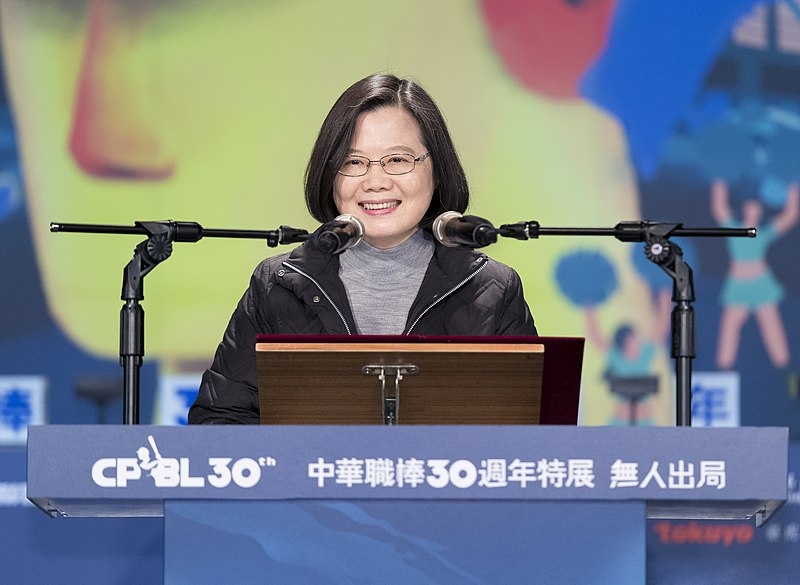 Taiwan is seeking to ramp up its defenses and preparedness as of late out of concerns regarding the war in Ukraine. Taiwanese President Tsai Ing-wen recently oversaw the island’s naval drills, praising the military’s resolve for defense.

Tsai oversaw what is the island nation’s largest annual naval and air drills that took place this week. The drills simulate the situation of an invasion come at the same time as the air-raid exercises taking place to boost preparedness in the event of a possible invasion from China.

As part of the annual “Han Kuang” exercises, 20 warships were deployed, including frigates and destroyers, firing shells to intercept and attack a potential invading force off of the island’s northeast coast. Fleets of F-16 fighter jets and locally-manufactured Ching-kuo fighter planes also took to the air in launching air strikes.

Tsai was aboard a US Kidd-class missile destroyer as she oversaw the drills. Tsai praised the military’s determination in broadcasted remarks.

“The excellent drill just now demonstrated the ability and determination of soldiers of the Republic of China to defend the country,” said Tsai in her remarks, referring to Taiwan’s official name. “Let’s continue to guard our homeland together. Good job.”

The five-day military drills by Taiwan also come in the midst of increasing concerns regarding China’s ambitions toward the island.

China claims Taiwan is part of the mainland and has sought to pressure its democratic government to accept Beijing’s sovereignty. China has also criticized any visit by foreign officials to the island.

Beijing said Monday that it stepped up its warnings to Washington against a potential visit by House Speaker Nancy Pelosi to the island. While the US does not have official diplomatic relations with the island, it is bound by a treaty to provide Taiwan with arms to defend itself.

Aside from Taiwan being a source of tension between the US and China, the highly-contested South China Sea is also another point of contention. Beijing also claims sovereignty over the majority of the body of water, which has drawn the ire of neighboring countries that have overlapping claims.

Deputy assistant secretary for East Asia of the State Department Jung Pak said during a US think tank event that China has increased provocations over the body of water.

“There is a clear and upward trend of PRC provocations against South China Sea claimants and other states lawfully operating in the region,” said Pak, citing the presence of Chinese aircraft making an unsafe interception of Australian aircraft in international airspace above the waters as well as China’s disruption of marine research and energy exploration activities within the exclusive economic zone of the Philippines.