Song Joong Ki, Song Hye Kyo divorce: The signs that suggest the couple’s marriage is in trouble prior to their split 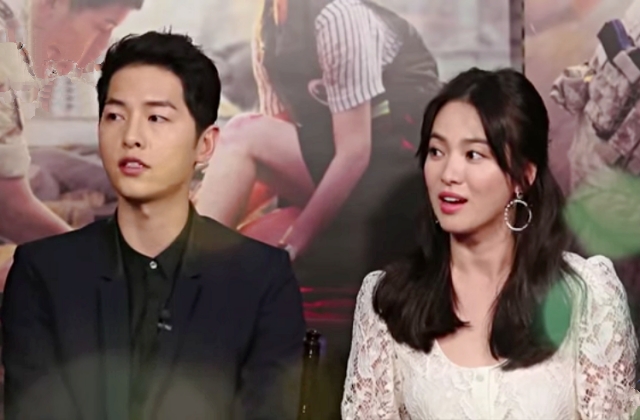 Song Joong Ki and Song Hye Kyo are no longer South Korea’s golden couple since they broke up already. Their short-lived marriage came as a shock to most fans but looking back, the two showed many signs that their relationship is going downhill.

Joong Ki and Hye Kyo left many indications that they are heading for divorce but these were probably ignored by fans that is why many were surprised by their separation. It is also likely that people did not see the events as signs of marriage trouble because they look up to the pair as so in love and perfect for each other.

But then, when the divorce was announced, everything became clear. Here are the events that suggested they are having issues even when they just got married.

Song Hye Kyo has a social media account and while couples usually post pictures of their outings with their partners or spouses, the actress rarely posted theirs. Rather, she mostly uploads pictures of her photoshoots and posed with people she works with.

Song Joong Ki is not really visible on her Instagram as there are only a couple of photos including one that was taken on their wedding day. In February, the actress started to delete photos of her husband and only three were left. This is a suspicious move on her end because around this time, there are already divorce rumors going around.

At this time, fans dismissed the split rumors just because Hye Kyo deleted her photos with Joong Ki. One avid fan even explained that the actress has two accounts and she posts her personal photos there. She claimed that many pictures of her trip with her husband were uploaded in that secret account.

Song Hye Kyo was also spotted at the airport and many noticed that she was not wearing her wedding ring. According to a report, the rumors of separation were dismissed but this continued until April as the actress was seen again without her ring while she was traveling to fulfill her schedule overseas. The rumors of divorce became more intense but these were refuted again when Song Joong Ki showed up at script reading for “Arthdal Chronicles” with his wedding ring on.

With the photo deletions and not wearing the wedding ring, reports surfaced that Joong Ki and Hye Kyo are actually already living apart since September 2018. As reported by Sports Chosun via Koreaboo, the couple stopped going home to the same house just 11 months after they got married and it was the actor who allegedly moved out.