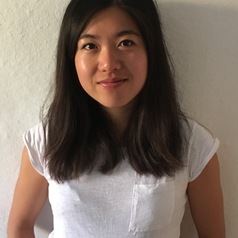 People in China have used salt to prepare and preserve food for thousands of years. But consuming lots of salt raises blood pressure, increasing the risk of cardiovascular disease. Cardiovascular disease, which includes heart attack and stroke, now accounts for 40% of deaths in China.

It is well known that salt consumption in China is high, but accurate assessments are scarce. Public health experts need robust estimates of salt intake to help them develop strategies to reduce this intake. An example of a promising strategy is replacing regular salt with potassium salt, which contains less sodium (which raises blood pressure) and more potassium (which lowers blood pressure).

The most accurate way to measure salt intake is to measure the sodium excreted in urine over a 24-hour period. Although this data was collected in China, it has never been comprehensively reviewed. Our latest review, published in the Journal of the American Heart Association, aimed to plug this knowledge gap.

Of all the reviews of salt intake in China, our review is the first to be systematic and is by far the largest. 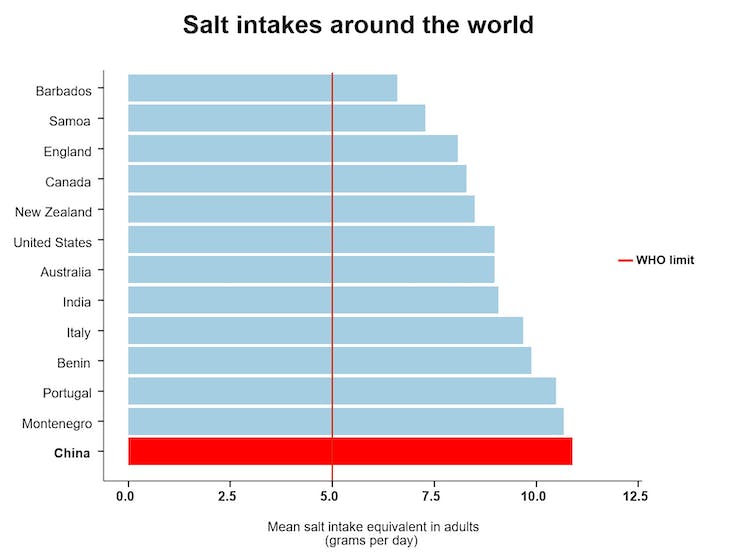 Our meta-analysis of the combined data revealed important patterns in salt and potassium consumption in China. We found, for example, that on average children and adolescents exceed the salt-intake limit set for adults.

The World Health Organisation (WHO) recommends adults consume less than 5g of salt per day, and this upper limit should be reduced for children and adolescents according to their energy requirements. In China, however, children aged three to six, on average, consume 5g of salt per day. The WHO recommendation was far exceeded by children and adolescents aged six to 16 years. Their intake averaged a worrying 8.7g per day.

In adults, the average salt intake was 10.9s per day, which is more than twice the maximum recommendation set by the WHO and one of the highest salt intakes in the world.

In contrast, salt intake in southern China has increased during that same period, which could be due to an increased consumption of processed, restaurant and takeaway foods, which are typically high in salt. 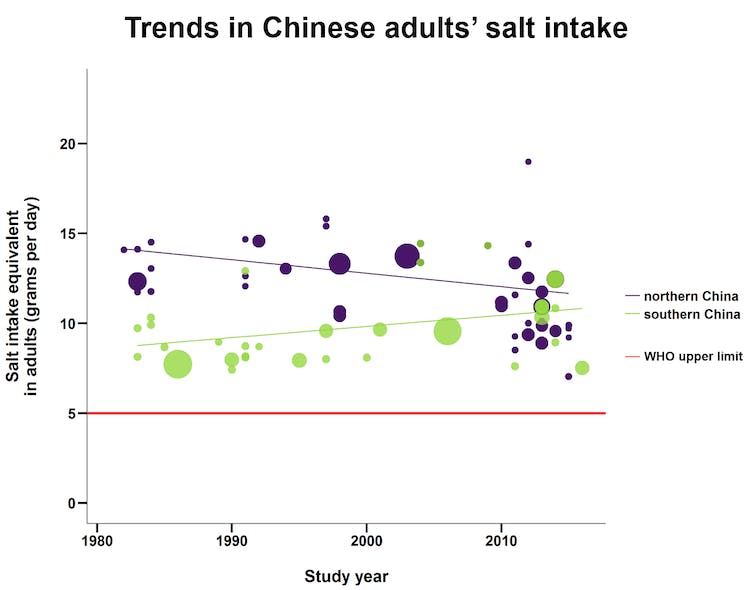 With a fifth of the world’s population living in China, reducing salt and increasing potassium intakes across the country would be of enormous benefit for global health. Here is how to achieve this: