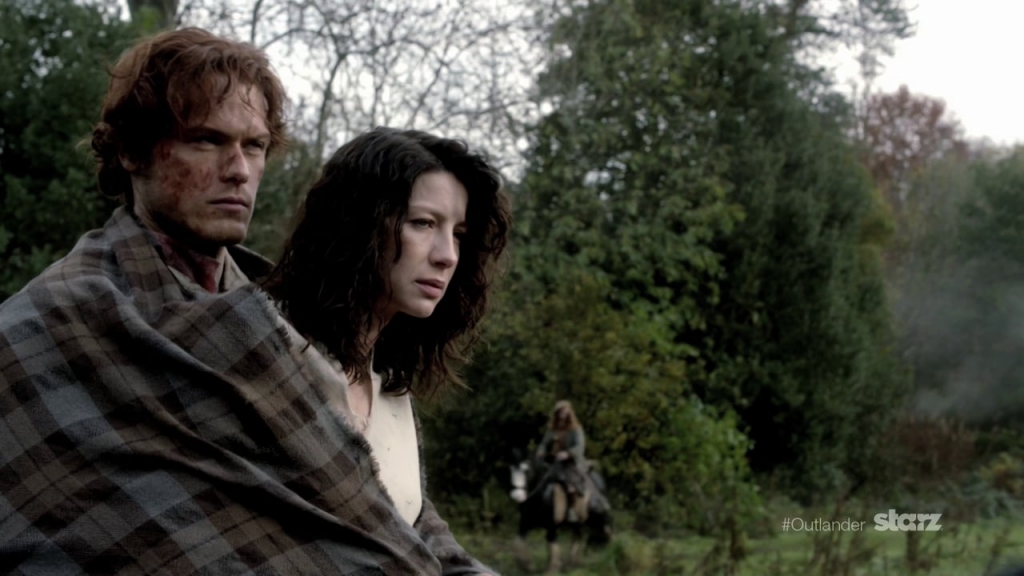 ‘Outlander’ season 3 stars Sam Heughan and Caitriona Balfe recently spilled more details of the upcoming season during a recent panel at the Emerald City Comicon. It was also revealed that filming in South Africa is expected to end by June 2017, ahead of the scheduled September premiere.

Heughan and Balfe made an appearance at the Emerald City Comicon in Seattle on March 3 and dropped more details on the much-anticipated third season of Starz’ historical time travel series based on the novels authored by Diana Gabaldon.

According to TV Insider, the co-stars took turns answering fan questions in the panel was moderated by Clare Kramer of ‘Buffy the Vampire Slayer’ fame before heading out to South Africa to continue filming for season 3.

Balfe, who plays main protagonist Claire Beauchamp Randall/Fraser, explained that season 3 will pick up decades after the events of season 2. She said, "Claire believes Jamie has died, so there aren’t really any options… I think she does what any mother would do. She tries to survive." She added, "You see how these two people had to live without each other, and I think that’s a really important part of who they’ve become."

Claire and Jamie were forced to live separate lives after being separated in season 2, with Claire raising their child in the present day and Jamie surviving life without Claire in the past. Heughan teased, “"If people have read the book, they know that it picks up where [Season 2] left off, so we do get to see Jamie’s journey without Claire. Basically, Jamie’s not himself. He’s being anyone but Jamie Fraser, so it’s about his journey back to Jamie Fraser.”

Production for season 3, based on Gabaldon’s book ‘Voyager,’ recently moved from Scotland to South Africa in order to film sea voyage scenes for the final five episodes for the season. According to Culturess, Heughan confirmed that filming is expected to end by June in time for the scheduled premiere for September 2017.

Balfe previously teased that the upcoming season will be not without more steamy intimate scenes despite Claire and Jamie’s old age. In the candid interview with Vulture, Balfe said, “Do you think that older people can’t have sex? Is that your question?” She continued, ““I think if anything, when Jamie and Claire get together again, their love is timeless and who they are inside is timeless…  In terms of the sex, I think old people have good sex too, last I heard!”

The 37-year old Irish model and actress is expected to don aging make-up to help her character transition into her late 40s and early 50s in the latter episodes of season 3. She admitted that playing an older character proved to be challenging. She said, “That was the fun part about this season: to sort of take that and try to see what 20 years of life does to a person.”

‘Outlander’ season 3 is scheduled to premiere on Starz on September 2017. It will feature the return of Sam Heughan and Caitriona Balfe as main protagonists Jamie and Claire, respectively.