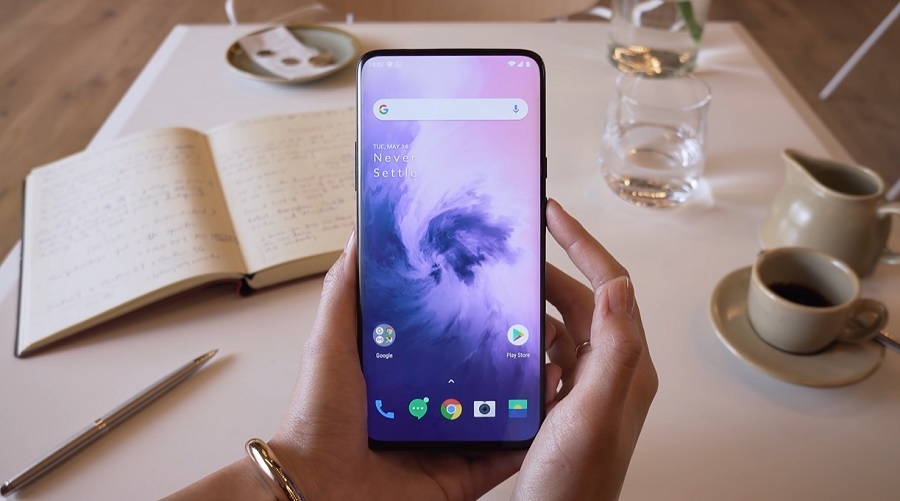 OnePlus 7T will be launched in a few more days, but more information leaks are surfacing online. A benchmark test confirms the device will have 8GB RAM and powered by Android 10. Both appear to be standard specs for the flagship series.

There is not much surprise that OnePlus 7T will be announced this fall. The company understandably wants to keep most details about the smartphone unknown until its official announcement. However, the device has already appeared in various leaks and recently in a Geekbench test.

Reports suggest that the device identified as OnePlus HD1903 refers to the upcoming OnePlus 7T and tested on the Geekbench 5 platform earlier this week. Its operating system is powered by Android 10 and runs on an octa-core Qualcomm chip with 1.78 GHz base frequency.

The Geekbench listing suggests OnePlus 7T will have 8GB RAM. Some tech fans might be thinking that that RAM capacity is available only for a higher-end version of the device. However, known leaker Ishan Agarwal reports that all OnePlus 7T variants will have 8GB RAM as a standard feature. In terms of internal storage, customers will have an option between 128 GB and 256 GB.

Agarwal also reports OnePlus 7T sports a 6.55-inch 2K Super AMOLED display with 90hz refresh rate. As the previous image leaks showed, the device has three cameras on the rear that are reportedly a combination of 48MP, 16MP, and 12MP lenses. Selfies will not be shabby with OnePlus 7T either as it is expected to have a 12MP camera on the front.

OnePlus has been relatively quiet about the OnePlus 7T in the previous months. However, the silence was broken recently when OnePlus CEO Pete Lau himself showed a sneak peek of the upcoming device.

The company has also confirmed having a public unveiling event for the smartphone. In a OnePlus online forum, Lau announced that the OnePlus 7T would be officially launched on Thursday, Sept. 26.