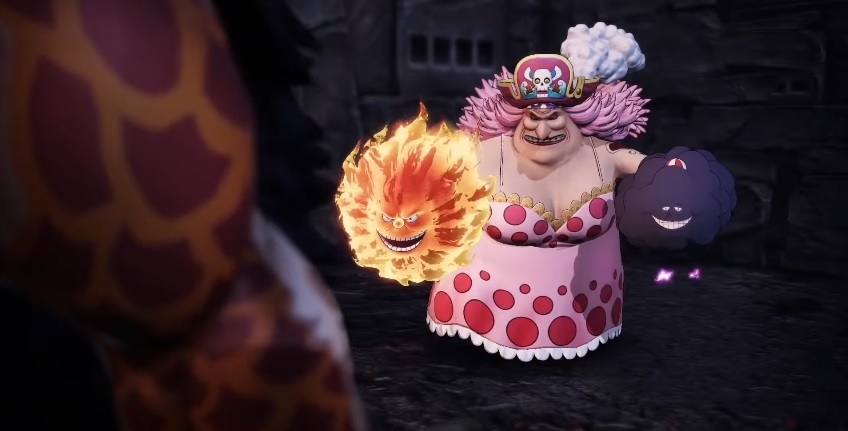 “One Piece” episode 944 is going to be very exciting for two reasons: Big Mom and Luffy are in the same location and Big Mom is going to fight Queen. These events will, despite Big Mom not really intending to, help Luffy and his new friends escape from prison.

‘One Piece’ episode 944 spoilers: How Big Mom is helping Luffy and other prisoners escape

It can be recalled that Luffy was thrown to Udon prison after getting knocked out by Kaido. The latter is known for not killing very powerful enemies in the hopes of demoralizing them to the point that they would decide to join Beasts Pirates. Luffy, however, has found this as an opportunity to train with help from a prison-mate named Hyogoro. The ultimate test to his training happens in “One Piece” episode 944 as Big Mom wreaks havoc in Udon prison against Queen.

Big Mom arrived in Wano pretty much the same way Luffy did, thanks to Wano’s over-the-top border security. Linlin Charlotte lost her memories in the process and made friends with Kiku, Tama, and Chopper who then led her to Udon prison looking for oshiruko. It so happens that Queen has been gorging on bowls after bowls of the dessert, which then makes him a fitting target for Big Mom in “One Piece” episode 944.

The video teaser for “One Piece” episode 944 shows Big Mom going berserk and destroying prison bars with her bare hands while Queen watches in utter surprise. Big Mom’s rampaging is a good chance for Luffy and others to break out of prison, but it will not happen instantly based on the manga chapters where this sequence is based.

Luffy being Luffy, he will try to use this incident as a way to practice his new Haki. Queen will also have to fight Big Mom, without the intention of hurting or killing her, just to save his prison from completely collapsing. While it may not fully come to fruition immediately because the anime tends to add more scenes in Wano fights, the events in “One Piece” episode 944 involving Big Mom will inadvertently help Luffy escape and even recruit other prisoners into fighting Kaido.

‘One Piece’ episode 944 release date, where to watch

“One Piece” episode 944 will be released on Sunday, Oct. 4 in Japan. Fans around the world can catch the new episode through official streaming platforms such as Crunchyroll, AnimeLab, and Funimation.