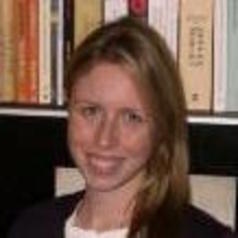 Coming after his historic trip to Cuba, President Obama’s visit to Argentina was meant to be an add-on, a show of US approval for recently elected President Marcelo Macri. But thanks to what may have been a mere scheduling oversight, the event has taken on a deep symbolic significance.

Obama and Macri’s talks on trade agreements and co-operation against drug trafficking were originally scheduled for Thursday 24 March – the 40th anniversary of the military coup which ushered in Argentina’s military dictatorship of 1976-83, a brutal regime under which tens of thousands of people were tortured, murdered and “disappeared”.

And given the long-running tension over the US’s purported but never officially clarified involvement in the coup, the timing of Obama’s visit was badly received by Argentine human rights organisations.

Nobel Peace Prize winner Adolfo Pérez Esquivel asked Obama to postpone his visit. He penned an open letter to the president, identifying himself as one of the many surviving victims who were subjected to “prosecution, imprisonment and torture for having defended human rights in the face of Latin American dictatorships” that he said came to power “with the financing, training and coordination of the United States”.

Confirmation of a direct US role in the 1976 coup has been hard to come by. Although more than 4,000 State Department documents were unsealed in 2002, documents from the CIA, the FBI and the Defence Department remain classified. Only fragments of the US’s side of the story have been unearthed. In 2004, the National Security Archive obtained an account of a 1976 conversation between the Argentine foreign minister and Henry Kissinger, then US secretary of state, in which Kissinger appeared to condone the onset of military repression: “If there are things that have to be done, you should do them quickly.”

The controversy surrounding the timing of the visit prompted the Argentine government to formally request the declassification of more US documents. The hope in Argentina is that these documents could shed light on the fates of some of the disappeared, and help reunite the Grandmothers of the Plaza de Mayo with their grandchildren, whom the dictatorship stole from their mothers and sent for adoption.

Ultimately, the visit was conducted in an atmosphere of deference to the dictatorship’s victims. Obama and Macri held their talks a day earlier than originally planned. Obama stayed away from the highly sensitive commemorative site of the notorious ESMA (Navy School of Mechanics), one of the dictatorship’s largest detention centres, where thousands of dissidents were tortured and murdered.

Instead, on the day of the anniversary, Obama accompanied Macri to pay his respects at the Parque de Memoria, or Memorial Park, on the outskirts of the capital. There was much speculation as to whether Estela de Carlotto, the head of the Grandmothers of the Plaza de Mayo, would attend. Macri was disappointed when she declined his invitation.

Obama took the opportunity to confirm the declassification of military and intelligence documents for the first time. He admitted that in the case of Argentina “we’ve been slow to speak out for human rights” and “we have a responsibility to confront the past with honesty and transparency”.

Macri is a far more sympathetic partner for Washington than the last two presidents, Nestor Kirchner and Cristina Fernández de Kirchner, but he’s already facing huge opposition from supporters of Cristina’s, who see Macri as a right-winger rather than a moderate.

Crucially, these are the same people who were most opposed to Obama’s visit and most aggrieved at the lack of clarity over the US’s role in the dictatorship. But Obama’s trip to Cuba and the declassification announcement not only helped keep the Argentine visit calm, but warmed the left’s feelings towards Obama – in turn taking a great deal of pressure off Macri’s overtures to Washington.

This leaves Macri and Obama space to really open up their countries' relations. Macri is close to reaching a settlement with the country’s US creditors, which Fernández de Kirchner termed “vulture funds.” The declassification is a powerful reciprocal gesture – one that would never have been offered to the previous government.

One of the Kirchners' most popular initiatives was the prosecution of the perpetrators of crimes committed during the dictatorship, overturning laws of impunity that had been in place since the 1980s. They also made the anniversary of the coup a national holiday, the National Day of Memory for Truth and Justice.

Obama left Buenos Aires in time to avoid both the public march to commemorate the anniversary, and a rally at which de Carlotto criticised Macri’s government and asked the US to “stop violating human rights at home, in other countries, and in Guantánamo”. While some human rights organisations will not be satisfied until the US apologises for its involvement in the coup, even the most ardent supporters of the former president – now referred to as “Cristinistas” – are finding it difficult to criticise the US’s willingness to declassify the documents.

What began as an unfortunate scheduling coincidence may yet prove a real turning point in the fraught relationship between Argentina and the US.

Lauren Rea does not work for, consult, own shares in or receive funding from any company or organization that would benefit from this article, and has disclosed no relevant affiliations beyond the academic appointment above.