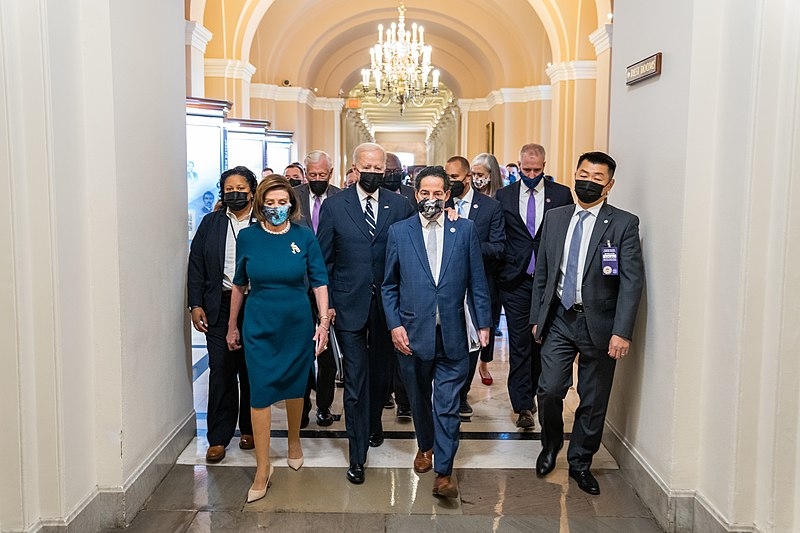 Voting rights have emerged as a major issue following the 2020 elections and efforts by Republican-led legislatures to enact more restrictive voting and election laws. House Speaker Nancy Pelosi recently compared the efforts as a continuation of the January 6 Capitol insurrection.

In her interview on CBS “Face the Nation,” Pelosi compared the Republican-led efforts to implement strict voting and election laws to the Capitol insurrection one year ago. The efforts by Republicans are expected to continue all the way until the November midterm elections that would determine which party or parties control the House and the Senate.

Pelosi also stressed the importance of passing voting rights bills such as the Freedom to Vote Act, which would expand early absentee voting and make it easier for people to follow voter ID laws. The act would also make automatic voter registration the national standard and allow incarcerated people the right to vote again after they finish their sentences.

“There’s nothing more important for us to do than protect our Constitution and democracy,” noted the House Speaker.

Democrats in Congress have made several attempts to pass voting rights bills, which met a dead end in the evenly divided Senate due to unanimous Republican opposition. The key to getting the bills passed is believed to be through revising Senate filibuster rules, which Democratic leaders are prepared to take.

Pelosi also touched on the Build Back Better proposal that awaits passage in the Senate. The California Democrat remained optimistic that a deal could be reached with West Virginia Democratic Senator Joe Manchin, who has previously publicly expressed opposition to the bill.

Pelosi said that she has spoken with Manchin over time and that she believes Congress still has a chance to get the bill to President Joe Biden’s desk to be signed into law.

Manchin announced his opposition to the bill citing concerns over inflation, the national debt, and the ongoing pandemic.