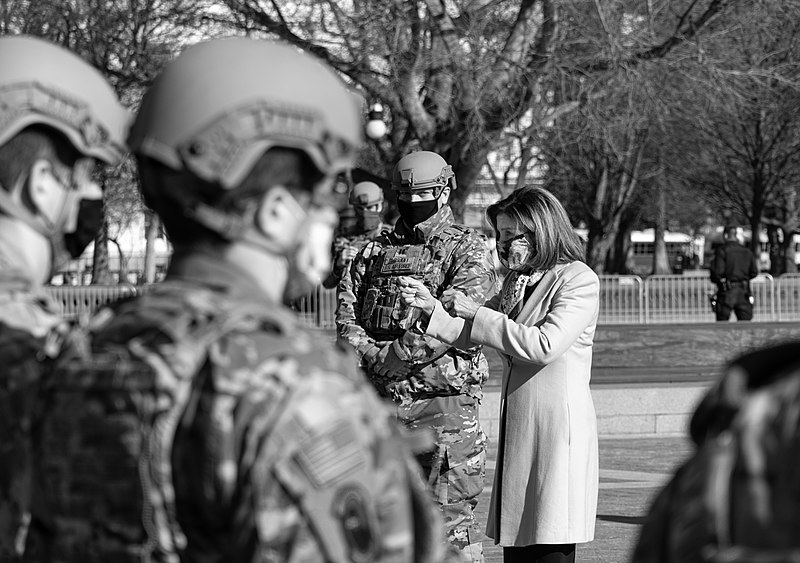 Investigations surrounding the Capitol riots last January 6 are ongoing, some involving people who broke into House Speaker Nancy Pelosi’s office. The FBI is currently looking into a tip regarding the woman who allegedly stole Pelosi’s laptop.

The Federal Bureau of Investigation received a tip regarding the possibility of Pelosi’s laptop getting stolen during the insurrection at the Capitol. The culprit was allegedly going to sell the contents of the laptop to Russia. However, in the criminal court case that was filed, Pelosi’s Deputy Chief of Staff Drew Hammill tweeted two days later that the laptop that was stolen was from a conference room and was used for presentations. Thus, it is not clear if the two situations were connected or if the tip was accurate in itself.

One of those who were arrested during the Capitol riots, Riley June Williams, was identified by her former romantic partner. In the video footage of the riots, Williams was seen directing people towards the House Speaker’s office. The one who gave the tip to the FBI also claimed having spoken to friends of Williams, who was shown a video of Williams taking a laptop computer from Pelosi’s office to send its contents to a friend in Russia. The supposed friend from Russia would then sell the contents to the SVR, or Russia’s foreign intelligence service.

By now, Williams may have destroyed the laptop or she may still have it. Williams is currently charged for violent entry or disorderly conduct but has not been charged for theft. The FBI has also revealed that Williams may have fled leading up to her arrest and has deleted her social media accounts.

Meanwhile, Pelosi is demanding that acting Pentagon Chief Christopher Miller cease to install Trump loyalist Michael Ellis as general counsel of the National Security Agency. Pelosi cited that the move is “highly suspect” and that it would be neglecting the country’s national security.

“I ask that you immediately cease plans to improperly install Michael Ellis as the new NSA general counsel,” said Pelosi in a letter to Miller over the weekend. “The circumstances and timing -- immediately after President Trump’s defeat in the election -- of the selection of Mr. Ellis, and this eleventh-hour effort to push this placement in the last three days of this Administration are highly suspect.”