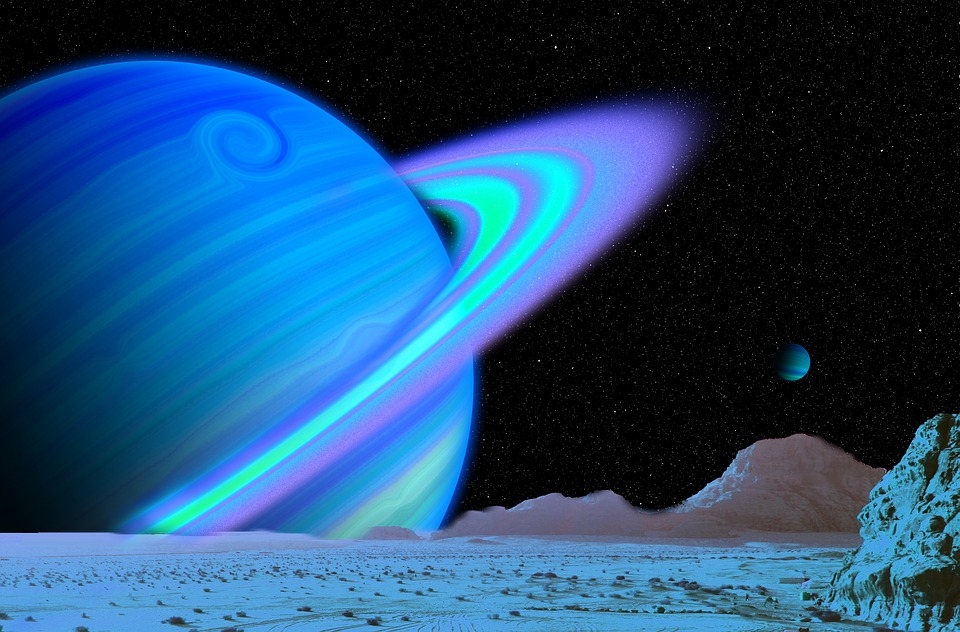 The Hubble Space Telescope of NASA and the European Space Agency is on its final run this year and the telescope continues to document the phenomena occurring in space. One of its recent images is that of the ringed planet Saturn.

Express reports that NASA has released a new image taken of Saturn by the Hubble, with its rings shown in great detail. Taken a few weeks back on July 4, this was when Saturn was 839 million miles away from Earth. Also found in the photo were two of Saturn’s moons, Mimas and Enceladus. This photo was snapped as part of mission OPAL or Outer Planets Atmospheres Legacy, focused on the studies of the atmospheres on other planets to better understand the evolution of such planets like this gas giant.

So far, the Hubble has found some atmospheric storms on Saturn. Because Saturn’s axis is tilted like our own planet, it also has seasons. “The ringed planet’s atmosphere is mostly hydrogen and helium with traces of ammonia, methane, water vapor, and hydrocarbons that give it a yellowish-brown color,” said NASA.

Saturn’s northern hemisphere also appears to have a red-tinged cast over it. This may be caused by the heating from the exposure to sunlight. This may play a part in Saturn’s atmospheric circulation or in getting rid of ice aerosols from its atmosphere. Experts also theorize that the added sunlight during its summer season changes the phytochemicals that are being produced.

Meanwhile, NASA is also set on finding signs of life outside Earth through its upcoming missions. Alien hunters appear to have started on the search through analyzing satellite images and data from the agency. One prominent alien hunter, Scott C. Waring, claims that there is an anomaly on the Moon that may be an alien temple. Upon analysis of satellite images of the lunar surface, Mr. Waring pointed out one particularly cratered region of the Moon when he makes the claim that it might have been an alien-made structure that probably measured a mile tall.