‘My Hero Academia’ Chapter 236 release date: Could Shiggy’s power evolve further now that he has recovered his memories? 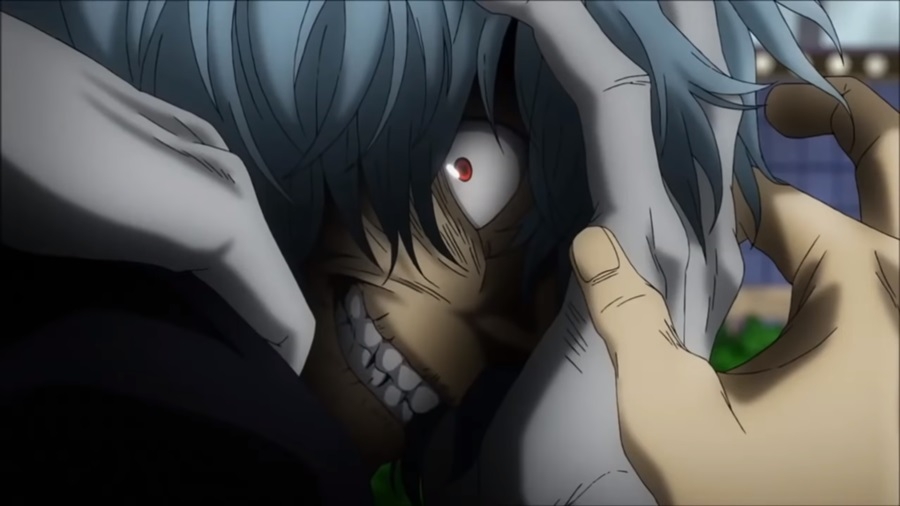 Photo via Screenshot of K Dj/Youtube

“My Hero Academia” Chapter 236 is gearing up for the collision between Re-Destro and Gigantomachia. It was initially assumed that 235 would kickstart this fight.

However, 235 mainly focused on Shiggy’s past, with his memories finally returning to him. It’s unclear how this resurgence will affect the story of “My Hero Academia” Chapter 236.

Could this push Shiggy’s power to a whole new level? Could the evolution of his Quirk allow him to go toe to toe with Re-Destro in “My Hero Academia” Chapter 236? That remains to be seen.

However, it’s already been hinted that Shiggy can hurt the balding antagonist to some capacity seeing he can crack the villain’s thick hide. Indeed, even Re-Destro himself appears worried that he may have toyed with Shiggy long enough to act as a catalyst for the aforementioned evolution. Meanwhile, “My Hero Academia” Chapter 236 might also portray Gigantomachia arriving at Shiggy’s location and provide a helping hand.

The massive antagonist has been tasked to protect Shiggy at all cost. Until now, it’s still unclear what sort of Quirk Gigantomachia possess and “My Hero Academia” Chapter 236 could provide some hint what this may be. But Gigantomachia’s strength alone is terrifying enough already as has been seen during the Kurogiri and Gran Torino fight.

My Hero Academia Chapter 236 may further explore Shiggy’s past

Overall, this whole arc is proving to be one riveting storyline to follow, especially with how author Kohei Horikoshi expanded the villains’ background. Shiggy’s character development is probably one of the most expansive out there since it’s been revealed that he’s not always the psychopath he’s been shown to be, Comicbook reported. In fact, his story is almost a distorted mirror image of Deku, seeing his desire to be a hero himself when he was a child. “My Hero Academia” Chapter 236 could very well explore more of Shiggy’s past, especially now that he has fully recovered his memories.

Did All For One have a hand in shaping Shiggy’s past? Could he be the person seen in 235’s early panels? All these and more are poised to be answered by “My Hero Academia” Chapter 236 once it drops on July 21.